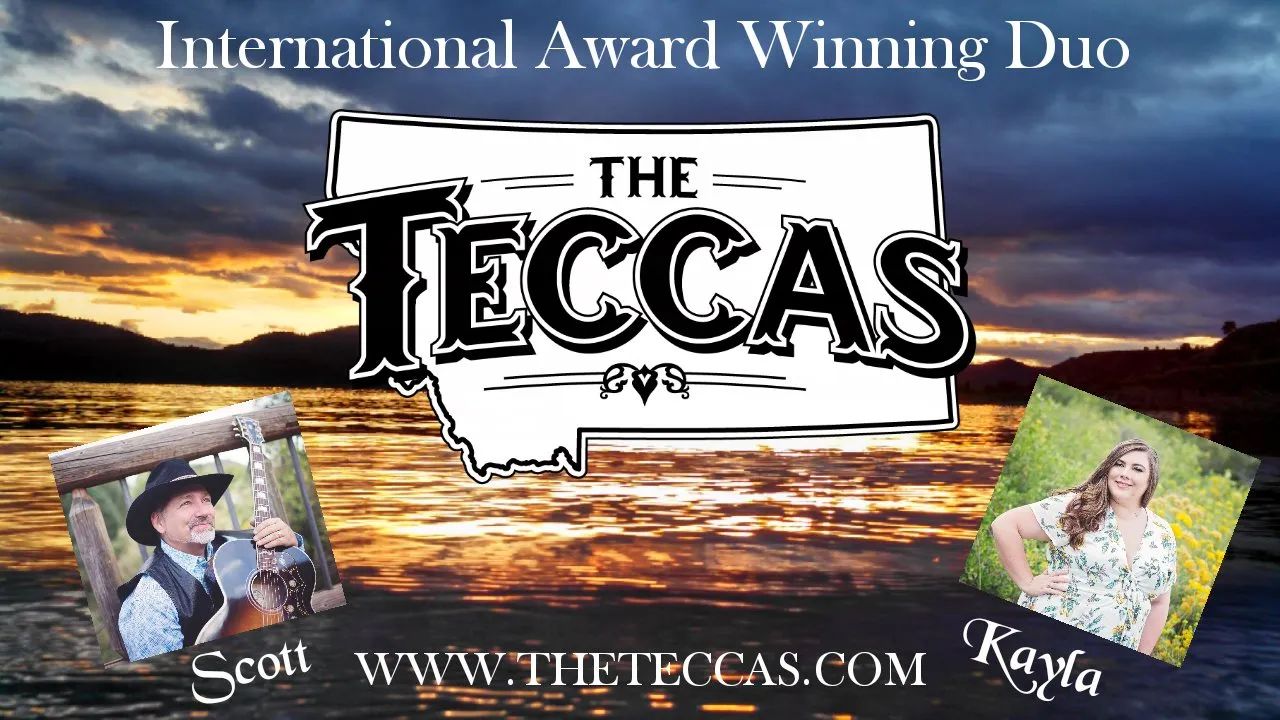 The Teccas at Thirsty Street

From the heart of Montana's Big Sky Country comes Scott and Kayla Tecca, a father daughter duo, playing a variety of new and classic country, classic rock and originals. With their beautifully blended family harmonies, they will captivate you through a music journey. Currently residing in Dayton, Oregon, The Teccas recently returned from Tennessee where they won the Josie Music Awards Fan Choice Award for Duo of the Year!!

2018 Song Of The Year Runner Up for "Whiskey in Heaven"

2018 Song Of The Year Semi Finalist for “These Days”

Scott grew up in a very musical family with his grandfather, who was blind from age nine, was a local musician in Livingston Montana, playing the piano, drums and singing in the Rhythm Ramblers. His father, the man who taught him to play the guitar at the age of 5, also was a guitar player and singer. Growing up in small towns in Montana has its challenges, but it has also giving Scott the life needed to reach for his dreams of being a singer/ songwriter. Having two musically talented daughters, it has sparked the idea of performing together as a family, but as fate would have it, only one daughter, Kayla, has shown the desire to chase his crazy dream of being a full time musician.

Kayla started her musical interest in 6th grade where she took up the violin. Although her desire for music was rich, she moved on from the violin and on to the guitar. In her High School years, she was heavily involved in the school choir. When she was 16, Kayla entered a talent show at her High School. As she was just getting started with playing guitar, she didn't feel ready to accompany herself, so of course, Dad was quick to jump in.

Kayla, upon graduating from high school, went on to culinary school, before jumping in with both feet and traveling all over Montana, Idaho, Washington and Oregon playing music in local bars, Brewery's and private functions. Their unique blend of family harmonies draws their followers into a musical journey. From their renditions of Journey's Don't stop believing to their original Whiskey in Heaven, the listener is taken through the facets of time and touched by memories of the familiar songs they cover. Their original songs are written from personal memories and life experiences that touch you in so many different ways.