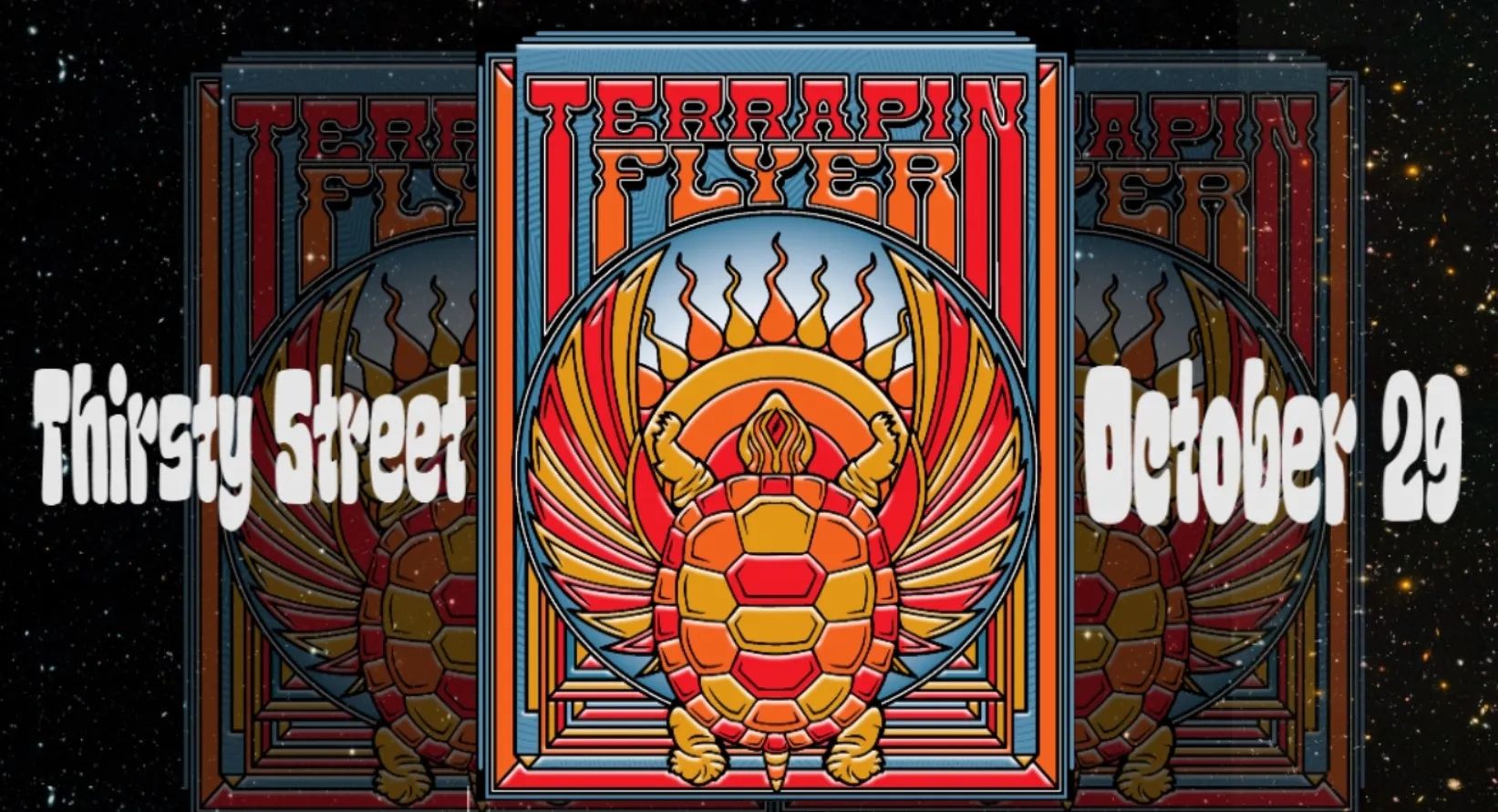 Terrapin Flyer, a nationally touring Grateful Dead band makes their debut Billings with this performance. For over 20 years they have been playing Dead music with a revolving group of top talent. The band has often included former members of the Grateful Dead and Jerry Garcia Band including many tours with Melvin Seals from the Jerry Garcia Band and Tom Constanten and Vince Welnick both former GD keyboardists and Rock and Roll Hall of Famers. Other members of the Grateful Dead extended family of musicians have toured with the band like Mark Karan from The Other Ones and Ratdog, Bob Bralove who was the midi tech for the Grateful Dead and Sikiru Adupoju a frequent guest of the band and member of Mickey Hart Band.

This tour will include Josh Olken who is considered by many to be one of the finest Jerry Garcia style guitarists out there. His guitar playing transports in such a similar way that he's been recognized by Melvin Seals and Tom Constanten as worthy of performing with them. Bassist Wavy Dave Burlingame has been a staple on the jam scene for his membership in the bands Cornmeal and Terrapin Flyer. With Cornmeal, he was in one of the first of the progressive bluegrass jam scene and was playing every major festival in the nation. He's been with Terrapin Flyer as a bassist since the early days of the band. Drummer Jon Reed has a graduate degree in jazz drumming and is one of the best drummers in Chicago. Keyboardist Mike Cole and rhythm guitarist Doug Hagman round out the band on this tour .

Terrapin Flyer is one of the top touring Dead bands in the nation, so don't miss your opportunity to see them for the first time in your area