If you have visited Yellowstone National Park, you have probably seen an elk or two. Besides the bison, they’re probably the most seen animal out there. But until you’re up close and personal with one, it’s hard to get a good grasp on how big they are.

We’ll get to that, but first, these majestic creatures actually have a crazy back story on how they roamed the land before humans got involved. 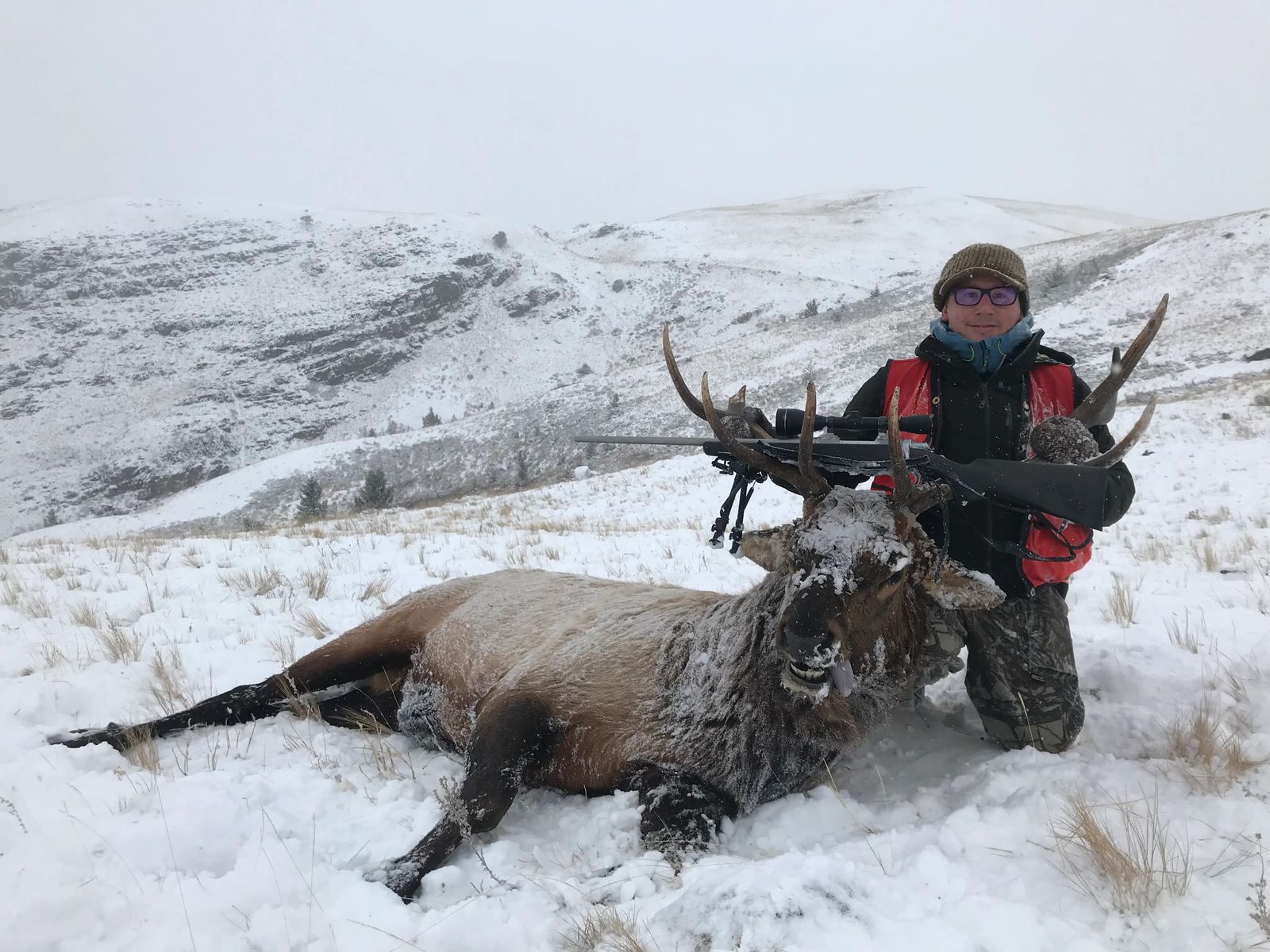 From California to the New York Island

A couple hundred years ago, there were six species of elk that roamed all over the US. Well, maybe not all over, they tend to avoid the deserts.

As people came through, they wiped them out, pushed them out, and overall changed the course of these animals. Long ago the east coast elk disappeared, as well as many other subspecies.

Poaching, and some legal hunting, all but decimated the Rocky Mountain Elk, the ones that we know here in Montana. Fortunately, the animals can change and adapt, and as people hunted them, they pushed them to harder areas to locate.

The elk moved from the lower plains, into the mountains.

Eventually better management techniques came around, and elk populations that found safety in areas like Yellowstone Park and Elk refuges in Wyoming were able to bring populations back up. But old habits are hard to break, and most of the herds still remain in the mountainous areas instead of down on the plains.

There has been some success moving herds back to the Midwest, but it is a process that has taken decades to see some slow growth. 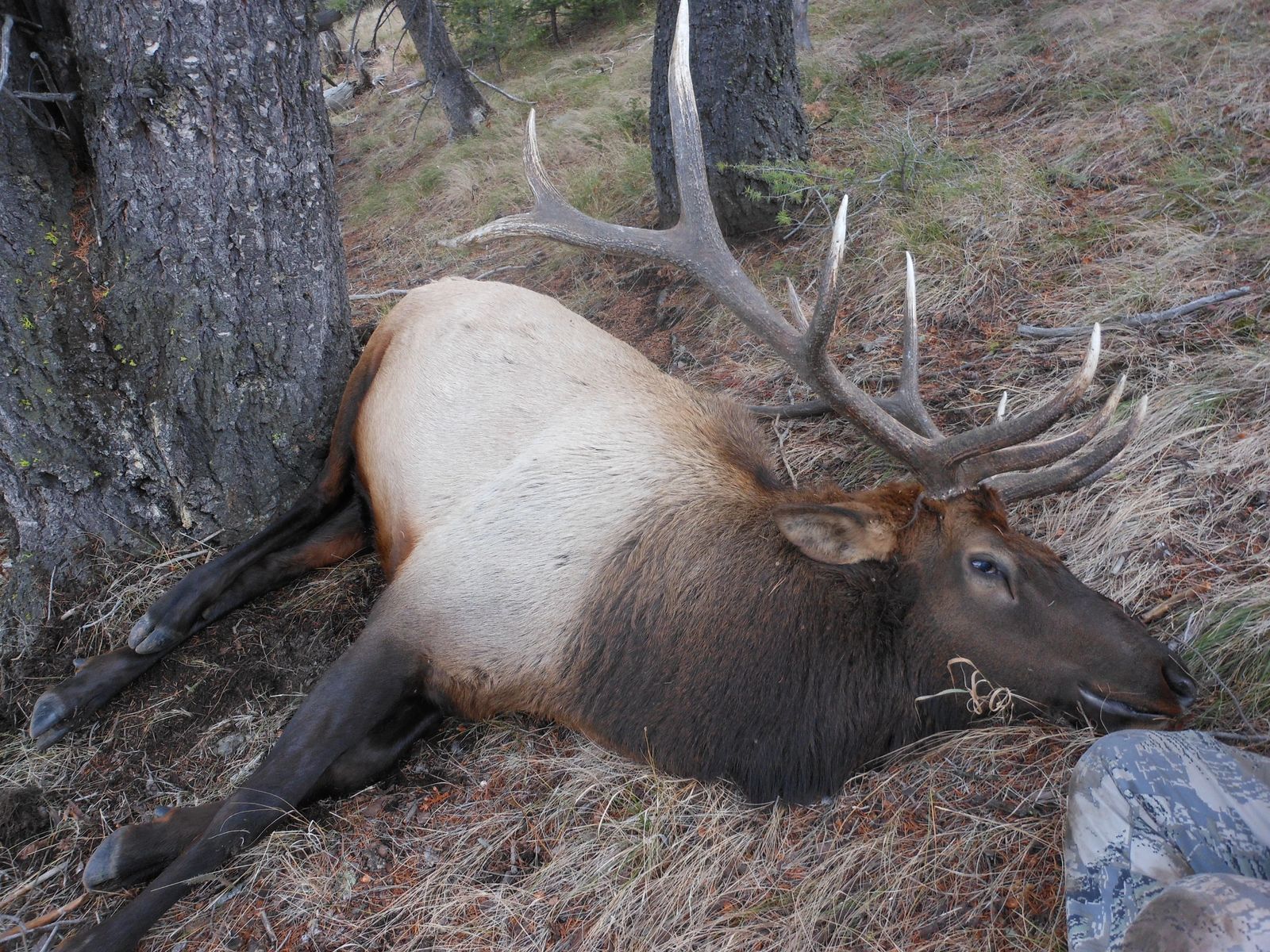 How to Hunt Rocky Mountain Elk

You’re not here for a history lesson though. You want to know how to get up on a nice bull elk.

The most important thing to remember is that these animals are big. And that means their habitat is big. And the hunt will be big.

We’re more accustomed to deer and their size. Many of them wander through our yards within the city limits of Billings after all. But try this on for size: a big buck mule deer weighs about 200 pounds, while a big bull elk can weigh about 800 pounds.

So when you’re out hunting, it’s a matter of understanding that everything is scaled up on an elk hunt.

Similar to how you hunt antelope, with that spot and stalk method, it’s important to know where the elk are long before the hunt begins. They’re largely creatures of habit, so they will frequent the same areas throughout the season, only moving when food becomes scarce, they’re pressured, or the weather forces them out.

When you know their habitat, it’s a matter of planning the hunt and stalking in close enough to get a good clean shot.

Unlike deer, which are kind of stupid, elk are wary. If they spot you, even from a mile or more away, they’ll high tail it out of there. With legs that are 4 feet long, they can move quickly up and over a mountain. I have watched a herd travel a distance in five minutes that would take me three hours to cover. And they didn’t stop.

When you have a plan, and can get 300-400 yards away, take that shot. Then comes the fun part: quartering the animal and hauling it out of the mountains! 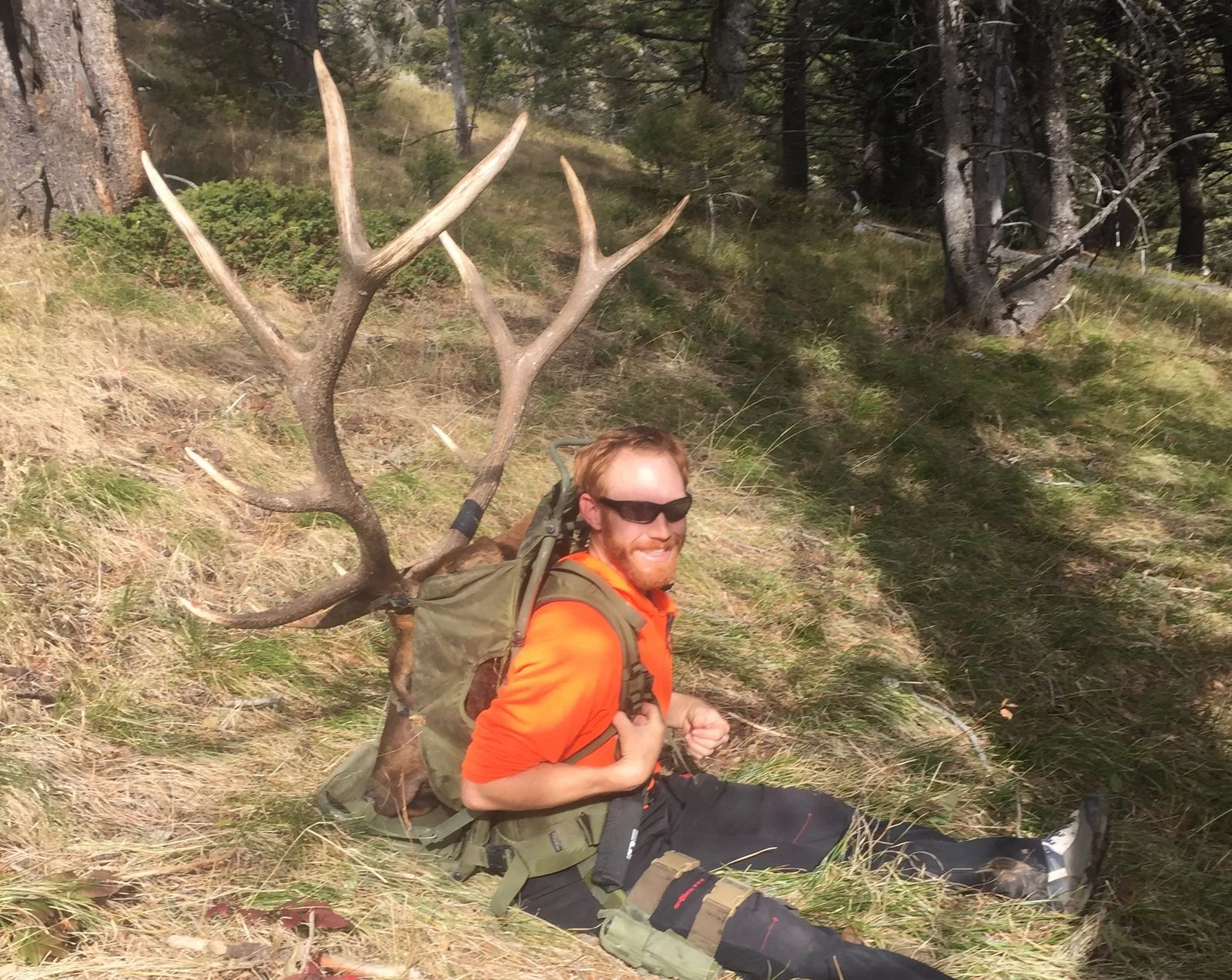 Once your freezer is packed with burger, roasts, and steaks, it’s time to feast.

But what are we to expect from the game?

Elk meat is often considered to be the finest of the game meats. It doesn’t have that “gamey” taste to it, and is akin to nice grass fed beef. There’s very little fat content, so most hunters will mix a little beef suet into their burger. Otherwise, make sure you cook it on low heat or it’s going to get really tough.

You can use beef recipes, but make sure you adjust for the lower fat content.

Get Out and Do Something

Whether you’re out stalking some food, floating the Yellowstone, riding the trails at the Acton Recreation Area, or just going for a stroll on the Rims, Billings has a ton of great outdoor activities!

Get out there, explore your world, and when you’re done, hit up one of the sweet restaurants and breweries we have. Because Billings will only get better when you support the people that live here and make their business here!