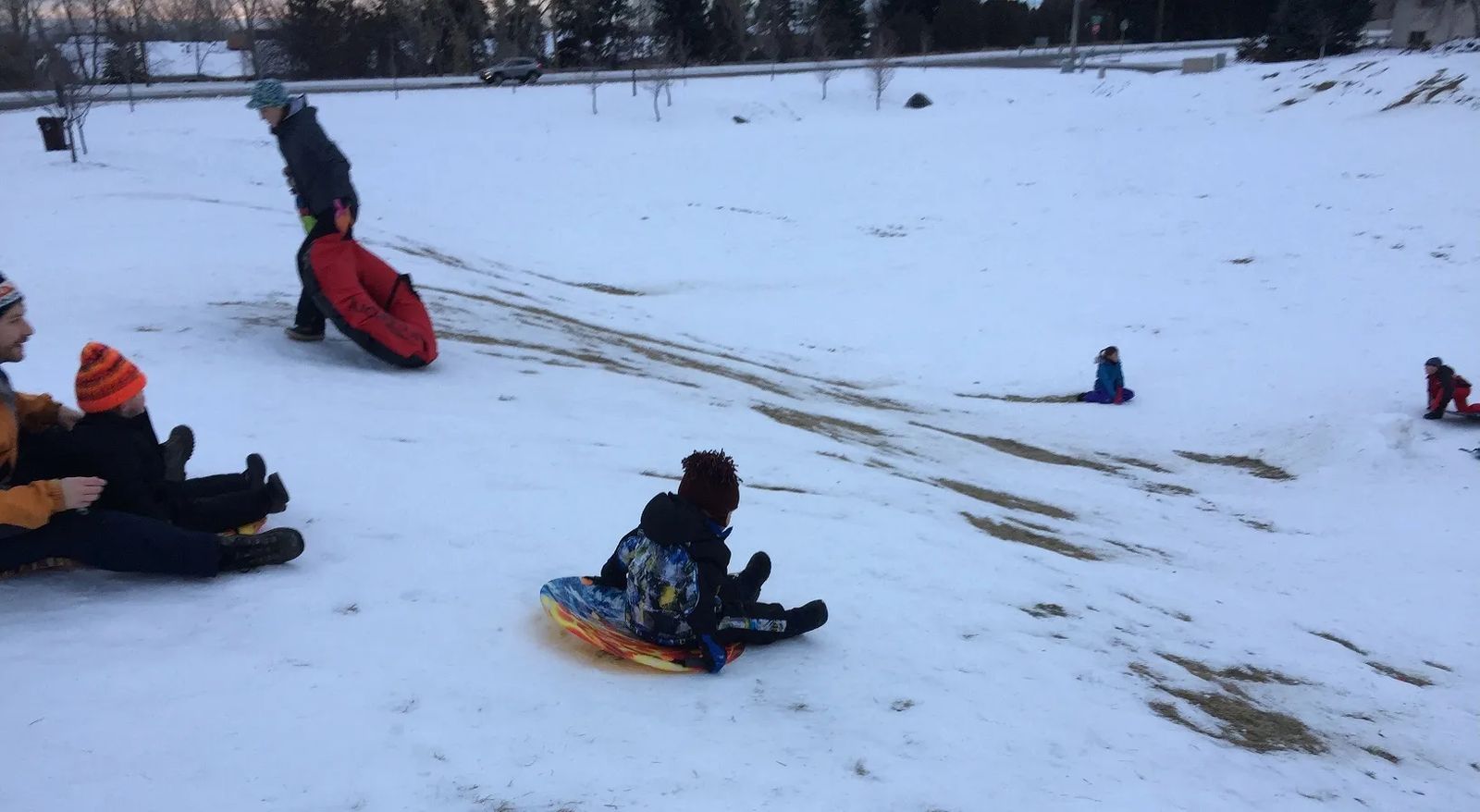 Glide on the Snow this Winter at these Sledding Hills

We finally got a little bit of snow here in Billings, so it’s probably a good time to talk about where to hit the hills.

The best part is that you don’t have to go far from home; we have a ton of sweet places to sled all around town.

Of course at the top of the list is Pioneer Park. It’s centrally located and has some pretty good hills. It’s a popular area to sled, so be prepared to share the hill with other sled thrill seekers.

From a long slow hill near the tennis courts, to a shorter and steeper one that will likely drop you right into the creek, you’ll find the thrill you need.

Just be careful when you build a jump that launches you over the creek. There’s a good chance you’ll land on your back and think you cracked your tailbone, then roll right into the water. I’m speaking from watching this happen and not firsthand experience of course.

If you head west on Rimrock Road, and you get a little past Shiloh Road, there’s a small park called Rimpoint Park. There’s really nothing to it, it’s kind of like a little bowl that has grass. No playground or anything fancy like that. 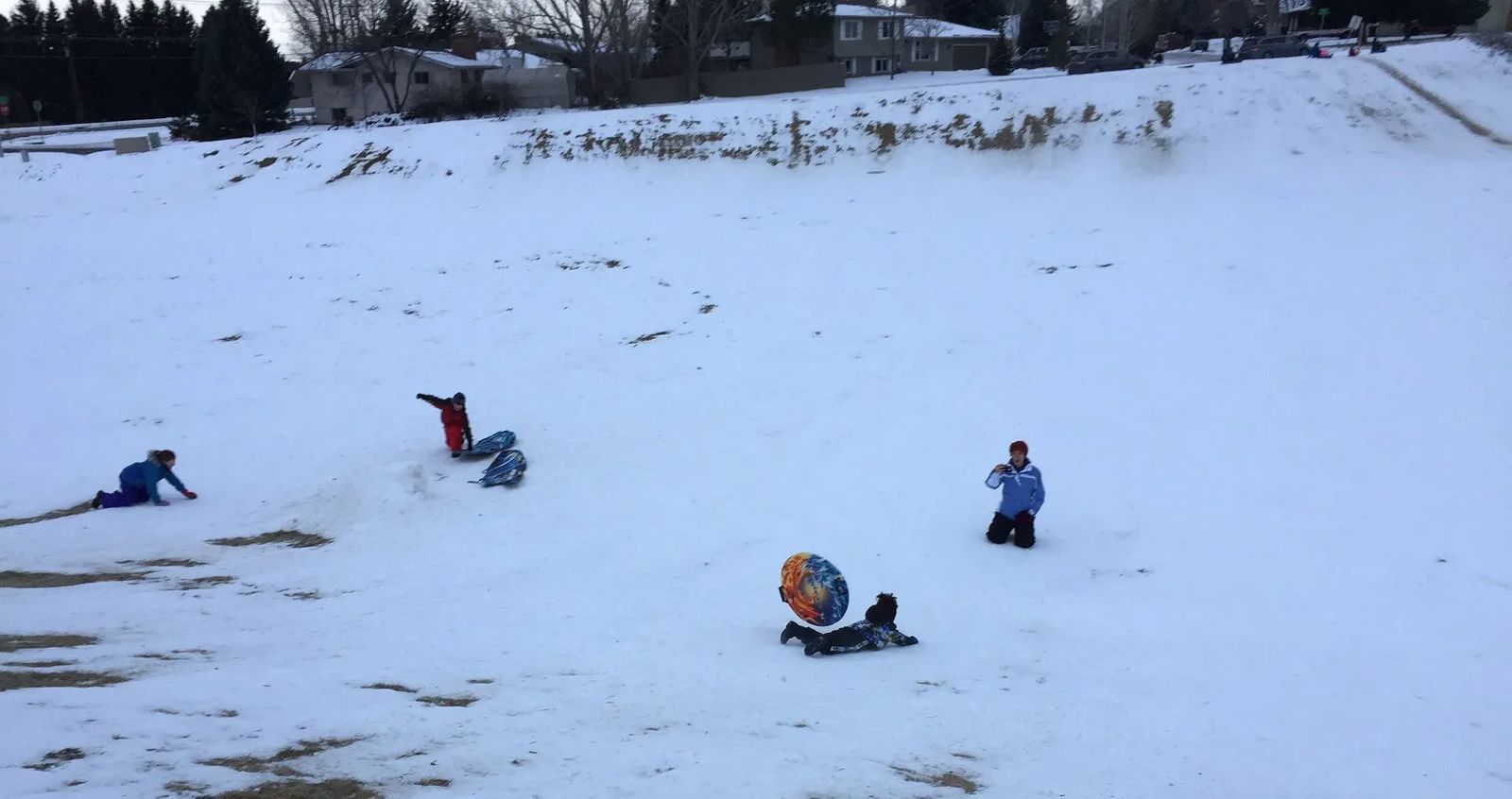 With a street on either side, there’s plenty of parking at the top of the hill. The sledders then slide toward the center. Don’t worry, the opposite hill is far enough away that you’re not going to be smashing into each other.

It’s not a real big hill, but it’s an easy place to go if you have smaller kids that need a bit gentler of a slope.

Up in the heights we have Castle Rock Park. There are a couple of different sledding areas, but the steepest hill is just above the duck pond in the North East corner.

Setting up on the top, you get zipping right along, straight toward the water. Hopefully it’s drained or frozen, but if not, you have to bail before you splash down.

There’s a parking lot nearby, so it’s super easy to access. 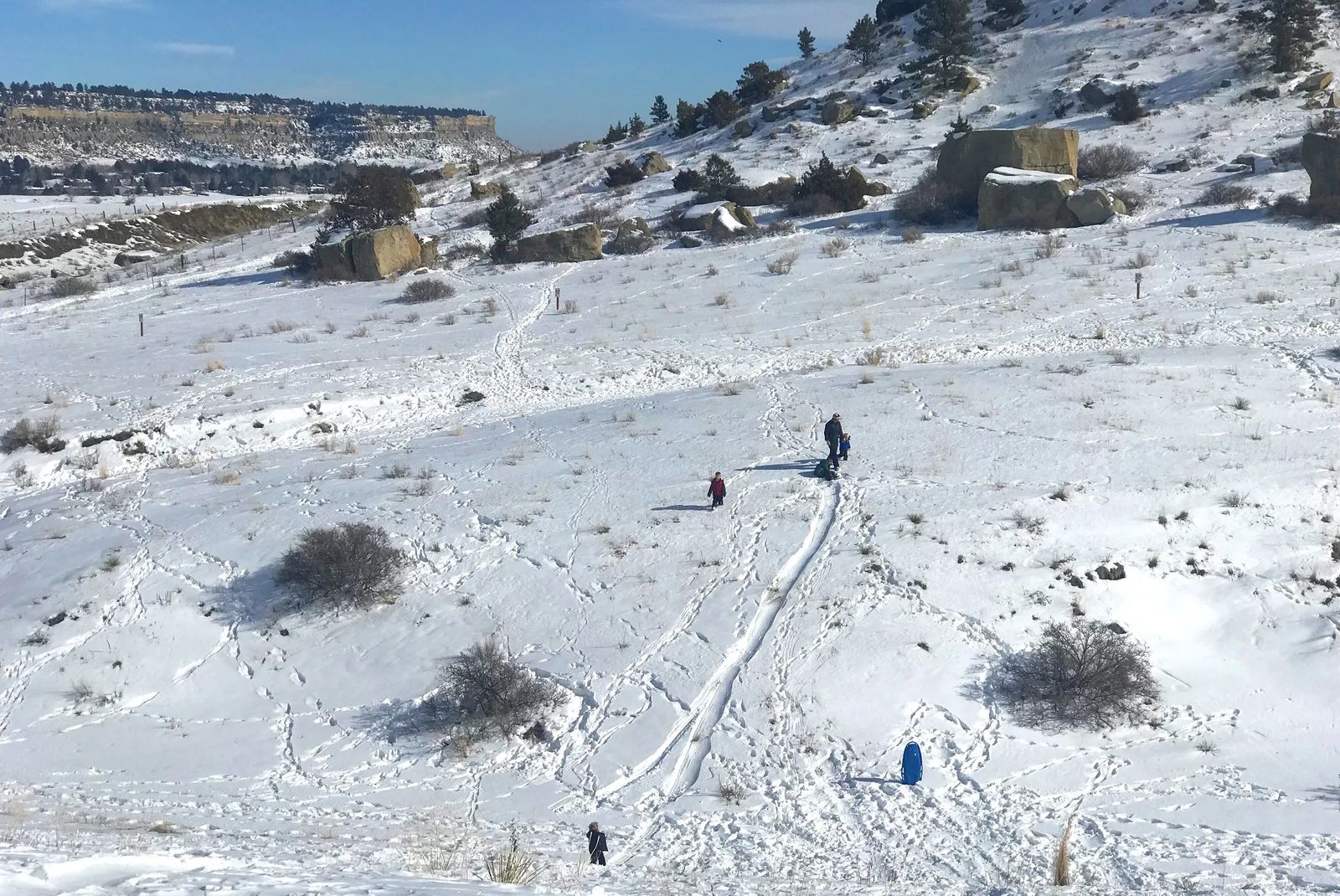 The downside: there are a lot of rocks. So we need a lot of snow to cover over those rocks.

We did find that having a nice runner sled will send you zipping along the path for quite a ways. Once it’s all been stamped down by people walking through the area of course.

Now, I haven’t tried this one yet. But the south hills are really big. And steep. And if you don’t mind hiking to the top, I’m sure there’s some sick sledding routes.

There’s a large section of BLM land in the South Hills, so it’s open to the public. You’ll have to scope it out though, because I can just see some knuckleheads flying down the hill and right into the river.

I haven’t been to Dover Park to sled yet either, but I know the north side of the park has some big slopes on it. And there’s a service road/pathway that cuts down the hill. So, using my incredible deductive reasoning skills, I believe one could sled down the hill and/or road if the snow covers the area.

I haven’t looked at the rules out there though, they might have a “no sledding” policy in place. Although there’s a no dog policy in place, but there’s tons of dogs racing around there any given day of the week, so it seems nobody really cares about the rules.

Where do you go Sledding in Billings?

Billings has a ton of great places. The Rims and the hills create the landscape, it just takes some imagination to create the sled routes.

So where do you like to sled? And what areas look sick AF, but you haven’t gotten out there yet?

Just don’t blame me if you break your leg because you slide right off the edge of a cliff. 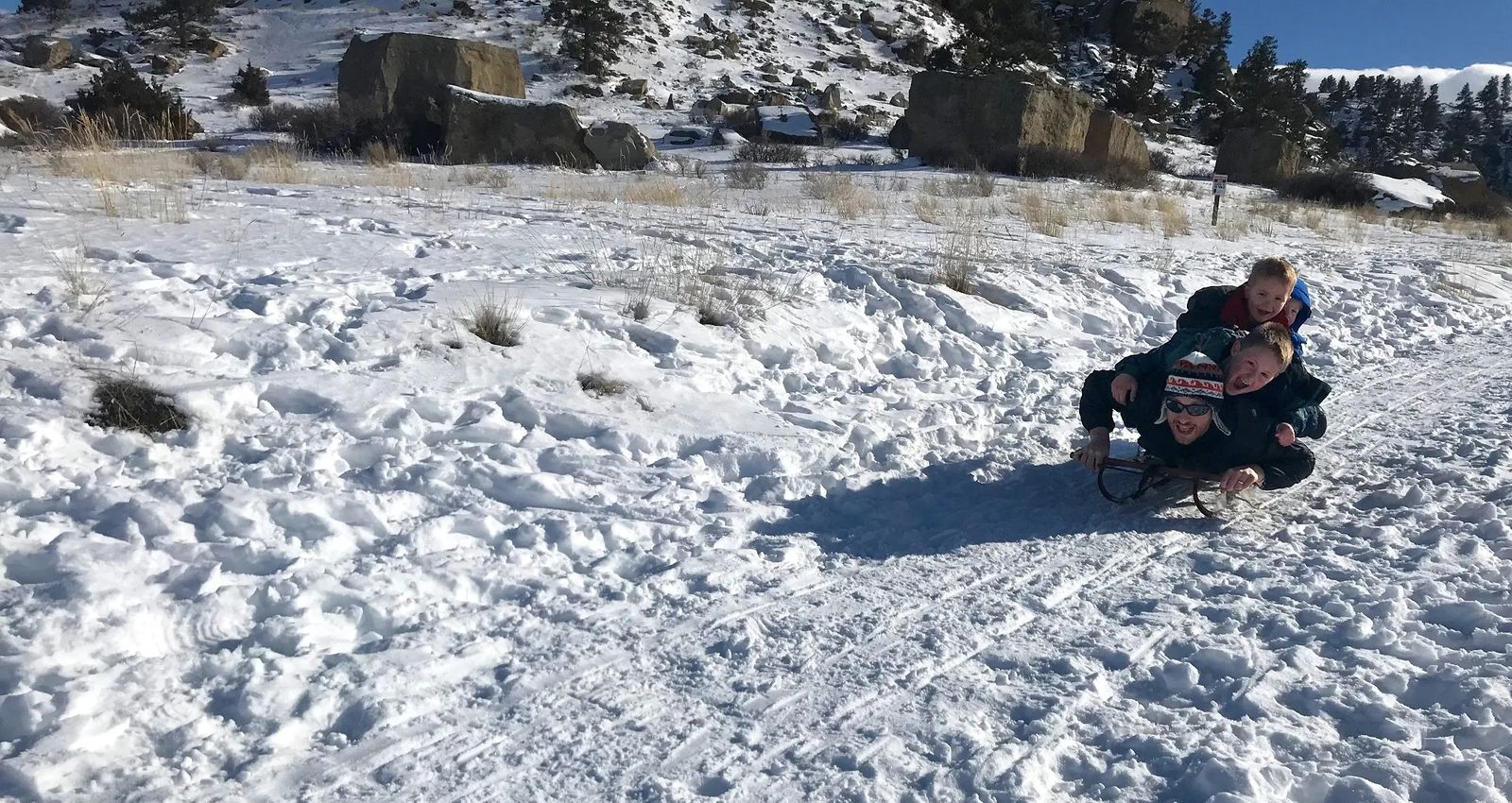