The History of the Billings Rimrocks

How the Cliffs Shaped our Society

Not long ago we took a look at how the Rimrocks were formed. The ancient sea bed that covered the area created the sandstone bluffs that were ultimately shaped by the Yellowstone River. Today those cliffs provide us with a lot of recreational activities. But their significance goes far beyond a sandstone playground.

A Spiritual Site for Native Americans

Long before the city of Billings was even a thought, the area was rich with culture and activity. We can see some of the remnants of the earliest inhabitants if we head just a little ways east of Billings. At Pictograph State Park there are hundreds of images drawn onto the side of the rock. Over the years, as the area was excavated, it was discovered to be an area where Native Americans would return time and again as they passed this way.

They Likely Named the Yellowstone River

As the sun dips low in the sky, the city falls into the shadows. But the high points still reflect the last rays of the sun. Most of us have seen the glowing yellow rocks that line the edge of town as the day draws to a close. But did you know that these yellow cliffs that run from Columbus all the way past Billings may have given name to a the river that runs through our backyard? The Yellowstone River is thought to have been given the name it has because of the yellow stones along a good portion of its banks. 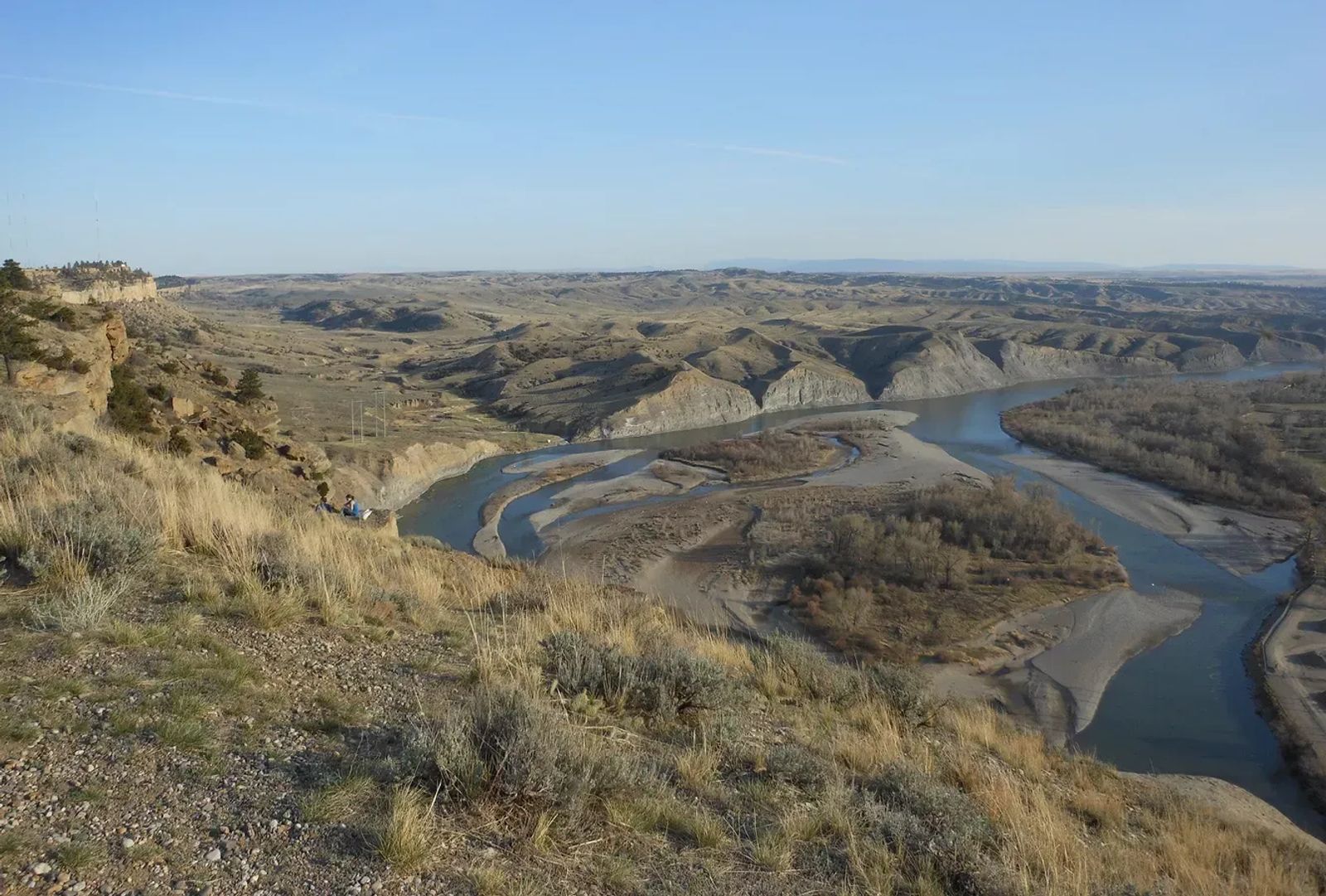 Most of us have heard of Yellowstone Kelly, but not many know the full story of what he accomplished (get the 3 minute version on Wikipedia). Through the late 1800's he was a soldier in the US Army. But really his accomplishments come after he retired. He guided, explored, and mapped out much of the west (sort of like a less popular Lewis and Clark) including areas all the way up into Alaska. He died in 1929 and was laid to rest on top of the Rims in what is now Swords Park. The memorial site was fixed up and enhanced in part due to efforts by Bill Cole, the current Mayor of Billings.

If you drive around Billings and note the oldest structures, you can see that many are constructed with sandstone blocks. These blocks were quarried with the help of Heffner Stone Quarry, and many have been used for construction of buildings like those found across the Rocky Mountain College Campus. The most notable, however, can be found at Pioneer Park. That stone wall surrounding the tennis courts is constructed from sandstone blocks salvaged from the Eastern Montana State Prison that burned down in 1933. 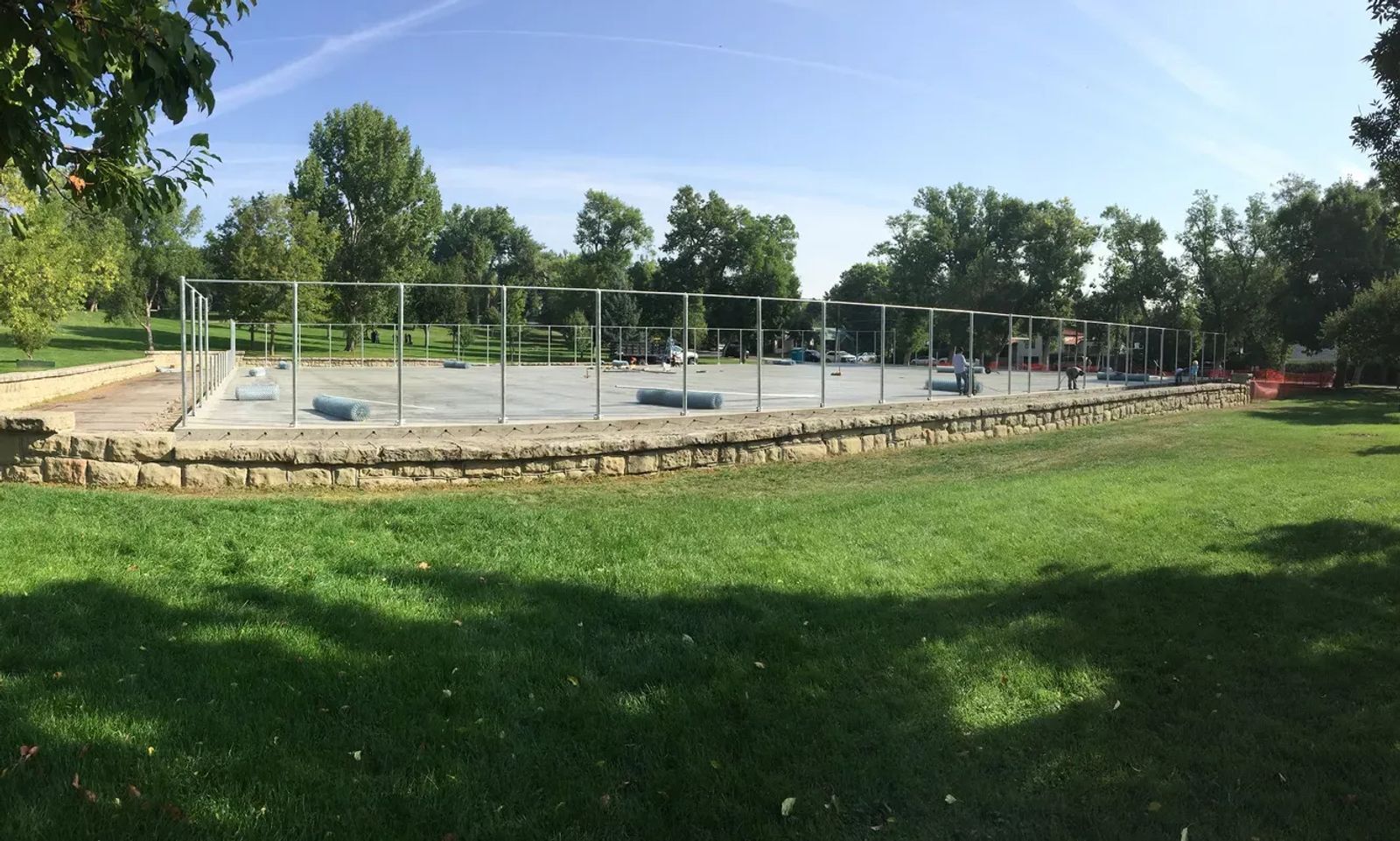 You know the "big ditch" right? It gently flows from the Yellowstone River near Laurel, through the city, under the Rimrocks, and into the Heights. This irrigation canal was created to allow gravity fed water into the Bench part of the Heights. Without it, farming would be hard, if not impossible, for what was once the far reaches of town. Due to construction of the 60 mile long ditch in 1903, the heights have been developed the way they are now. The water flows through a tunnel in the rims that's over 1,800 feet long.

The Stairs in the Rimrocks

If you have lived here long enough, you have probably climbed the Billings stairs. But did you know that there are at least 2 sets of stairs? The first were cut into the rock above MSU-Billings. This set was designed to allow residents of town access to the top of the rocks long before the road to the airport was there, and the only way to get on top was to trek around through Alkali Creek; a five mile one-way journey. The other set is above Rocky Mountain College and was carved to allow access to the top as part of the RMC graduation ceremonies. 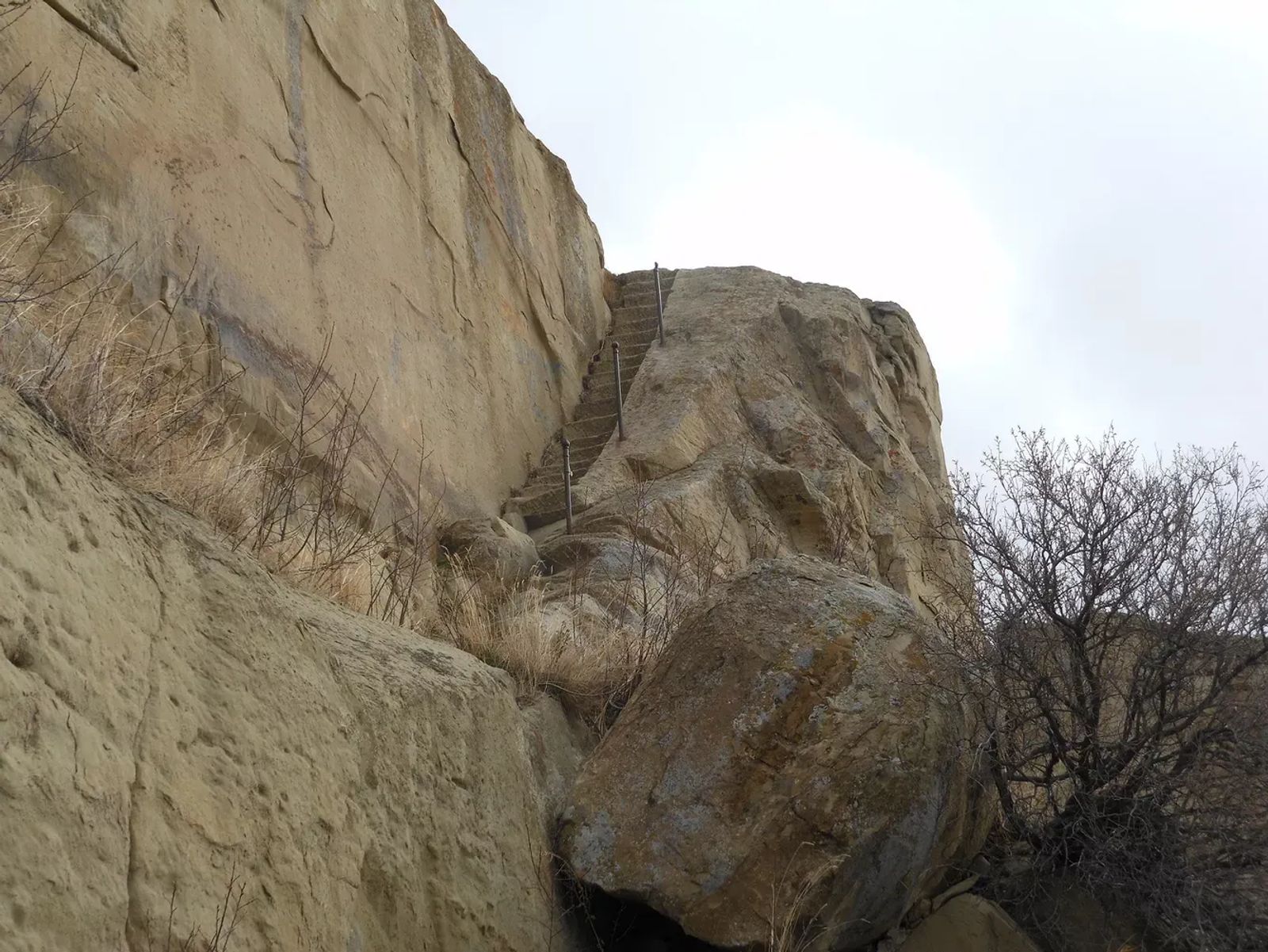 When the light is just right you can still see the faint outline of advertisements that were partially etched, but mostly painted, on the side of the rocks. If it wasn't for the encouragement of those interested in preserving our rocks over 50 years ago, we would likely see many more ads up there. As land adjoining the rocks went up for sale, the city and state bought it up. This has kept it in a more natural form providing an astounding geologic backdrop to much of our city.

Because the Rimrocks are largely publicly owned, you can explore most of them. From hiking, climbing, and biking at Zimmerman Park, to casually walking the trails at Swords Park, the Rimrocks are a great place to look out over the Yellowstone Valley. While you're up there, try to picture the Native American groups coming through an undeveloped land, imagine steamboats letting people off at Coulson, the railroad building its way across America, the founding of Billings, and the way we have had to build our city around the rocks forming a unique area not found anywhere else.