What's In a Name? The "Doc" Behind Doc Harper's Tavern

What's in a Name? The "Doc" Behind Doc Harper's Tavern

How did Doc Harper's Tavern in downtown Billings get its name? A martini bar serving up delicious drinks to patrons can certainly offer a remedy of sorts, but it's much more than that. Doc Harper was a real person -- an accomplished Montana doctor and U.S. Naval Surgeon, and owner Bruce Harper's father.

"I was talking to my nephew one day and he said, 'You should name it Doc Harper's after grandpa,'" Bruce said. "I thought about it and decided to ask my father-in-law who knew him well. He said we should go for it."

When you walk into Doc Harper's Tavern in downtown Billings, you'll likely notice a large, framed painting of a man in a pressed suit with the inscription "R.D. Harper, M.D." afixed to the wall underneath. Robert Dana Harper, or Doc as he was known by his family, friends, and thousands of patients, was born on the south side of Chicago in 1911.  He graduated high school at just 16, going on to receive his medical degree from the University of Minnesota and complete his residency by age 25.

Doc came to Montana in 1936.  His first medical work was in Glasgow where he remained until the Fort Peck Dam was all but completed.  He established his medical practice in Sidney in early 1938 where, other than for his service as a U.S. Naval Surgeon in the South Pacific from 1943-1946, he continued practicing without interruption until retiring in 1979.

During his 41 years of medical practice in Sidney, Doc personified the traditional “country doctor.” He loved his practice and dedicated his life to the care and comfort of his patients. He believed his greatest lifetime achievement was assisting women in the delivery of more than 3,000 babies in the greater Sidney community.

Doc moved to Billings in 1983 where he remained until his passing in 1994. Bruce says Doc enjoyed people, good conversation, a good martini, and a good time.

The decor in Doc Harper's Tavern is definitely a nod to the real Doc Harper, with beakers and a sticker on the door featuring a stethoscope and the promise of delicious martinis and cockails inside. 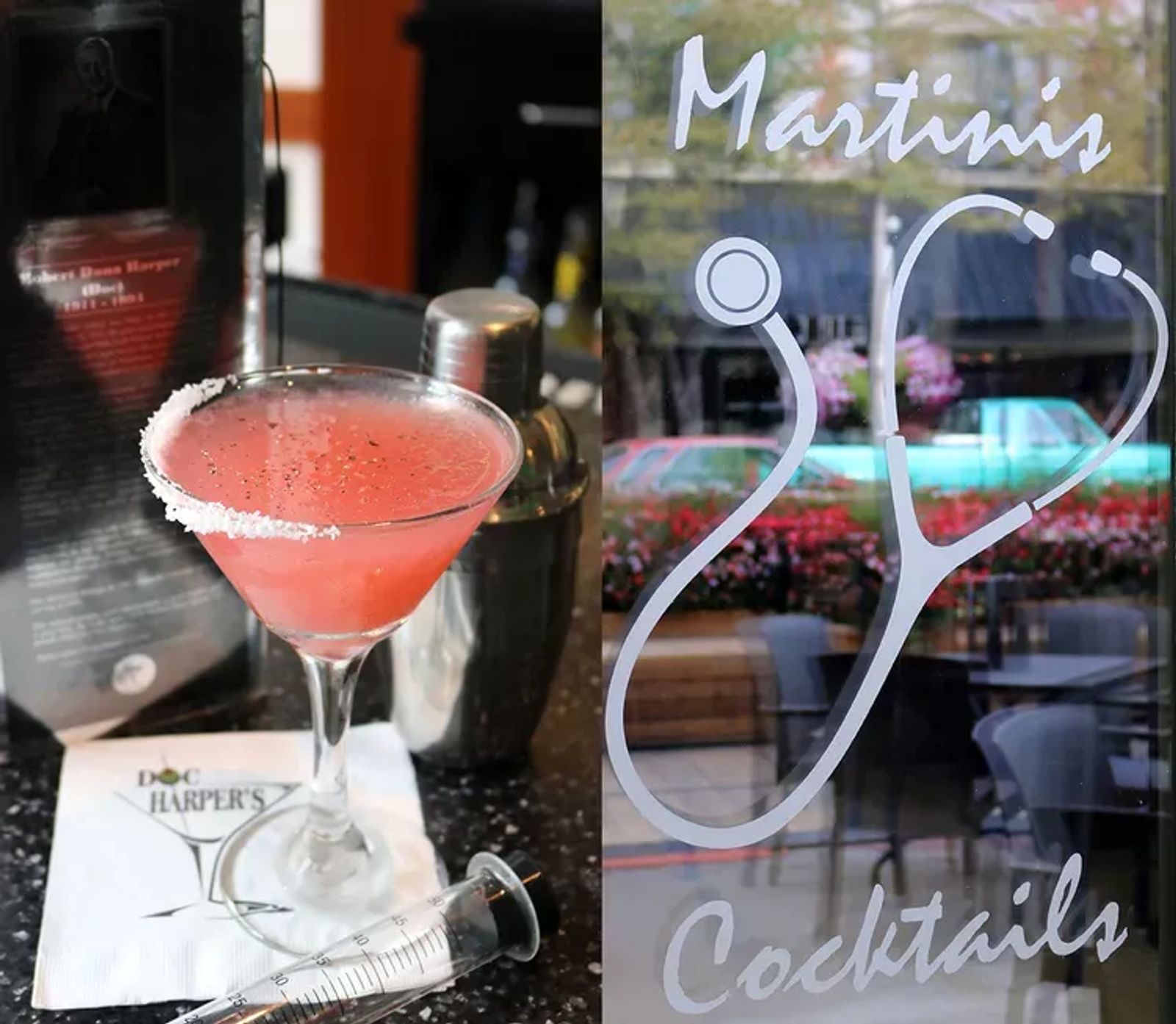 When asked what he would say to his father if he could tell him about the tavern, Bruce said, "Do you see all the women, dad? Women loved him and he loved taking care of women." With a cheeky smile, he'd add, "We found a way to make the women happy, dad."