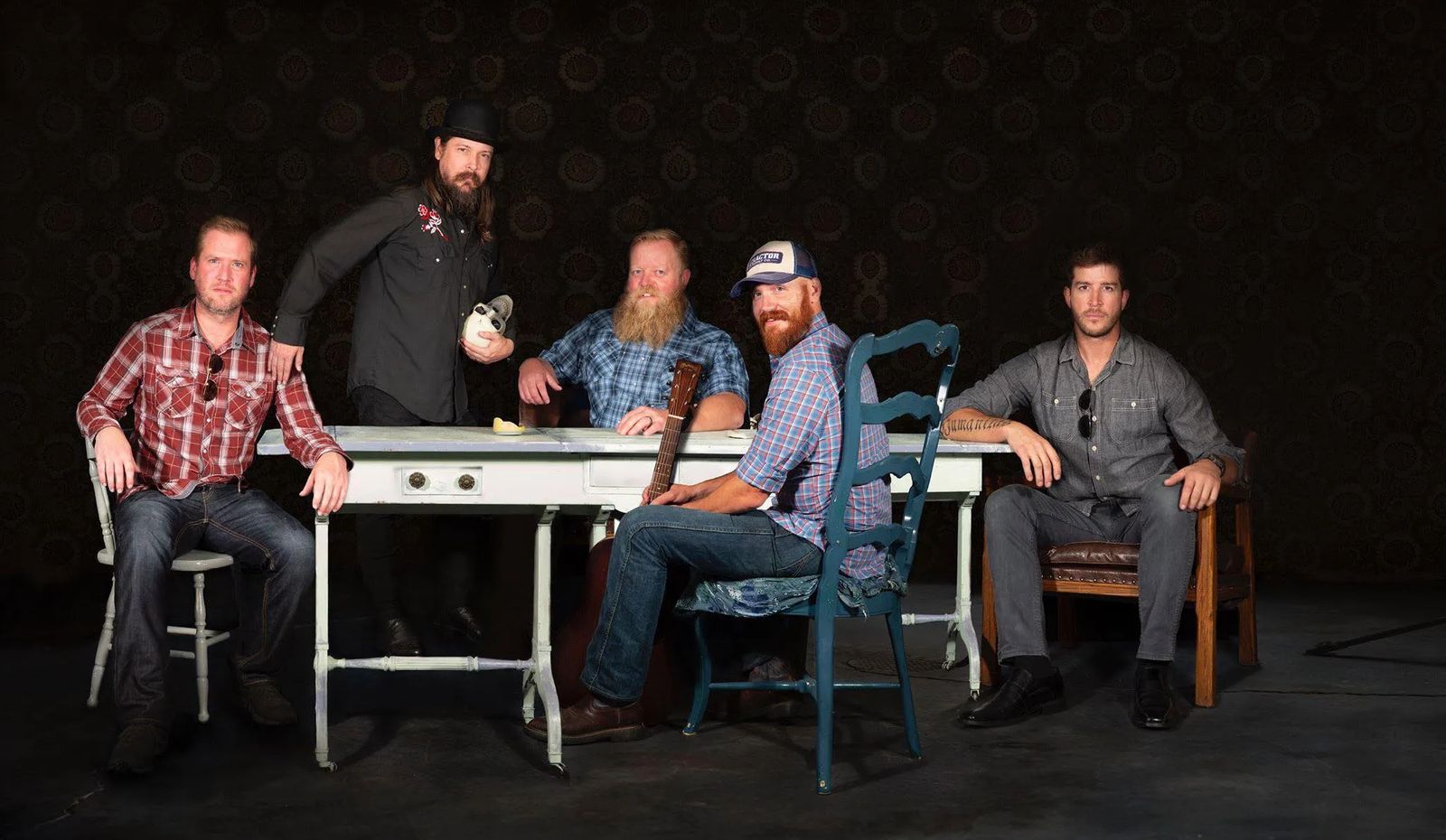 “Let’s try this again…” What do you get when you throw together a pedal steel player from the Seattle alternative scene, a Pink Floyd enthusiast guitar player from Wisconsin, a Warp Tour punk bassist from North Dakota, a meticulous funk drummer out of Baton Rouge, and a singer-songwriter from the cornfields of Iowa? Well, most wouldn’t jump to “a high energy alt-country/Americana band”, but that’s exactly what Calvin and the Coal Cars are. Calvin and the Coal Cars came together in the spring of 2018 with Brian Wetzstein (pedal steel guitar), Dan Upton (lead guitar), Matt Windmueller (bass), Robert James (drums), and Lee Calvin (vocals and acoustic guitar). In their short time together, the guys have had thethonor of sharing the stage with national touring acts such as Asleep at the Wheel, Mark Chesnutt, Tracy Byrd, Whitey Morgan and the 78’s, and Sawyer Brown, as well as headlining their own shows at some of the region’s most sought out venues and events. In 2019 they were honored at the Magic City Music Awards by winning “Country Act of the Year” and “New Band of the Year”, along with second in “Original Song of the Year” for their song “Gypsy Girl”. Matt was also honored with a second place finish for “Bass Player of the Year”. Calvin and the Coal Cars are getting ready to record their first EP at Jereco Studios in Bozeman, MT.