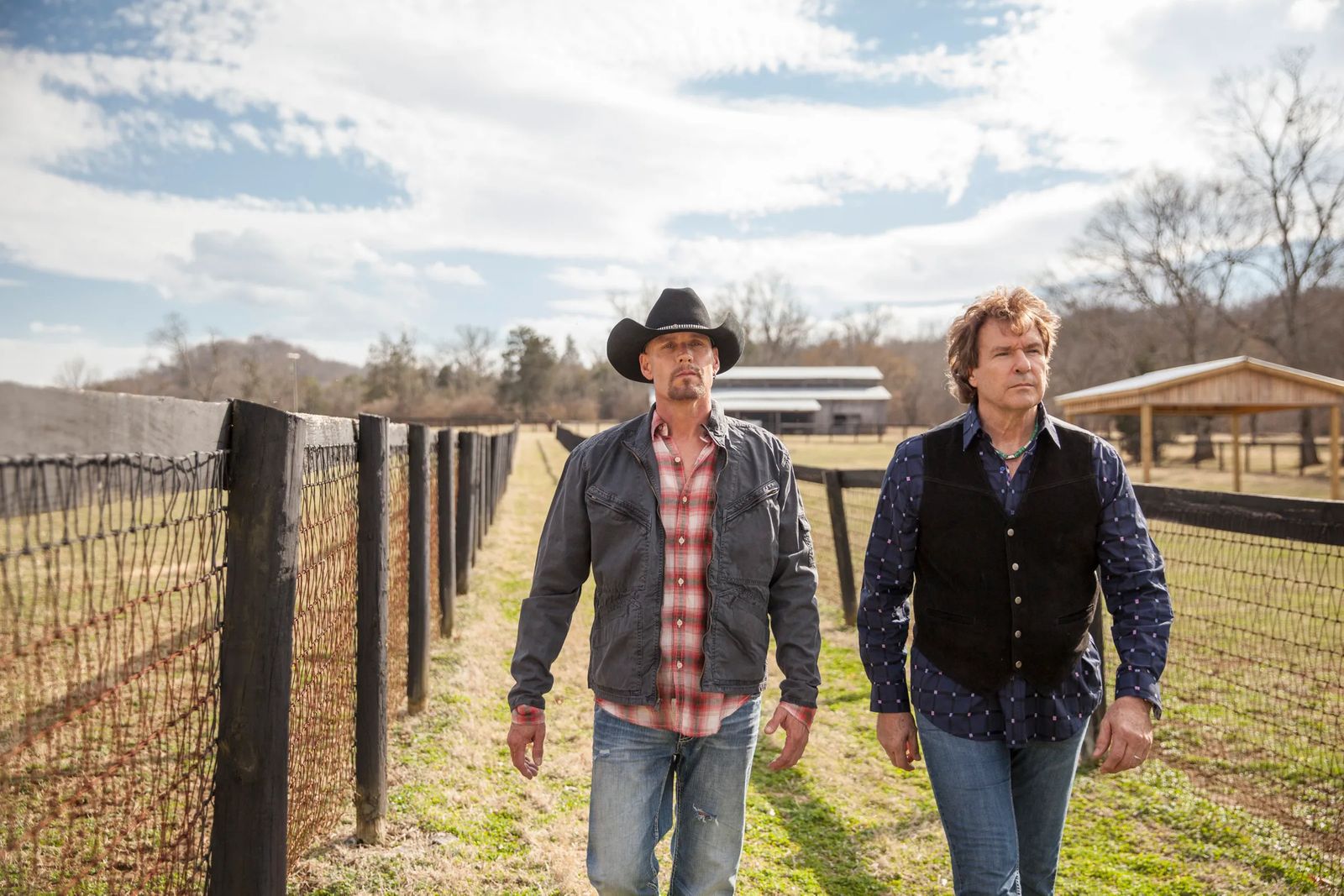 ONLINE ONLY presale available Thursday, 3/5 from 10AM – 10PM for Pub Station’s Facebook fans and email subscribers.

For more than 20 years, BlackHawk has shared a unique sense of harmony with their voices, their songs and their fans. It’s a harmony that has sold over 7 million albums, scored some of the most distinctive country radio hits of the ‘90s, and still draws tens of thousands of fans to their electrifying live performances. Today BlackHawk continues to honor its past as it forges its future, and does it all with a commitment that takes their music – and the harmony – to a whole new level. “When we started,” says BlackHawk co-founder & lead vocalist Henry Paul, “our individual careers as writers and performers gave us somewhat of a more creative sensibility.

We were three guys whose goal was to approach country with smart songs and unique harmonies for people who may not automatically like country.” Paul had previously cofounded Southern Rock legends The Outlaws, as well as leading the popular ‘80s rockers The Henry Paul Band. Van Stephenson had mainstream pop success as an ‘80s singersongwriter-guitarist (“Modern Day Delilah”). And Dave Robbins had written hits for Eric Clapton and Kenny Rogers while partnering with Stephenson to write a series of classic #1 hits for Restless Heart, including “The Bluest Eyes In Texas” and “Big Dreams In A Small Town”. “Even though the three of us had a love and appreciation for traditional country music,” says Dave, “we knew we weren’t going to be that.

Henry was coming from Southern Rock, Van & I were in Nashville, but were writing country songs with pop sensibilities. When it came to our vocals, we wanted the three of us to be up front in the choruses like Crosby, Stills & Nash or The Eagles. What set us apart from the very beginning musically was being true to who we were individually.” BlackHawk’s 1993 self-titled Arista debut album launched with the smash single “Goodbye Says It All”, followed by the Top 5 hits "Every Once in a While", "I Sure Can Smell the Rain", "Down in Flames" and "That's Just About Right". The album soon certified Double-Platinum, and the band received an ACM nomination as Best New Vocal Group Of The Year. BlackHawk followed up with the hit albums Strong Enough, Love & Gravity and Sky’s The Limit, which collectively featured such hits as “I’m Not Strong Enough To Say No”, “Like There Ain’t No Yesterday”, “Big Guitar”, “Almost A Memory Now”, “There You Have It” and “Postmarked Birmingham”.

It was an unprecedented run of hits for a band that never quite fit the standard country mold. “Getting a BlackHawk record on the radio was often a tough sell,” explains Henry, “for the same reason country radio rejected bands like The Mavericks, The Dixie Chicks and Alison Krauss. But we were committed to smart, strong songs whether they fit the format or not.

And the fans responded.” But at the height of the trio’s success in 1999, Van Stephenson was diagnosed with an aggressive form of melanoma. “Van’s contribution to the group was enormous,” Henry says. “He could be a tremendously gifted songwriter and a deeply spiritual guy. We found ourselves at a crossroads as a band, and it would have been an easy time for country music to count us out.” “Two days before Van passed away, Henry and I went to visit him,” Dave remembers. “Van was in a wheelchair at this point, and we took him for a stroll around his neighborhood. We spent the morning just talking, reminiscing about our career and good times together. Towards the end of our visit, Van said ‘I’ve got two things to ask of you guys. First, do what you can to help raise awareness and find a cure for this thing. The other is, don’t quit. There’s still a lot of great music left in BlackHawk.’” Since Van’s death on April 8th, 2001, the band and its fans have raised nearly a quarter of a million dollars for The Van Stephenson Memorial Cancer Fund at Nashville’s Vanderbilt-Ingram Cancer Center.

Henry and Dave regrouped and soon returned to the album charts with their Greatest Hits – dedicated to Van and featuring his final track “Ships Of Heaven” – as well as 2002’s Spirit Dancer and 2011’s Down From The Mountain, along with a touring schedule that brought the music to fans like never before. “Our audiences today are often full of 18 to 30 years olds,” says Dave. “They listened to us as kids, and still have a love for the music we made. That’s a big part of what propels us to keep creating as writers and performers.” For the fans, for the music and for the brotherhood of Henry and Dave, harmony remains a powerful force.

BlackHawk continues to record new music – including their well-received 2015 Brothers Of The Southland album, a forthcoming Christmas record and an acoustic greatest hits album – and deliver stellar live shows, backed by an all-star band of veteran country and southern rock players. “BlackHawk has a 20-year history of a certain kind of song craft as well as a quality of performance,” Henry says with pride. “People have always come to our shows expecting a concert that is emotionally and musically engaging, and the band still sounds even better than the records, night after night, show after show. When we take the stage, we work as hard as we ever have. We owe it the music, we owe it to ourselves, and Van, and we owe it to the fans. Now more than ever, that’s the true legacy of BlackHawk.”