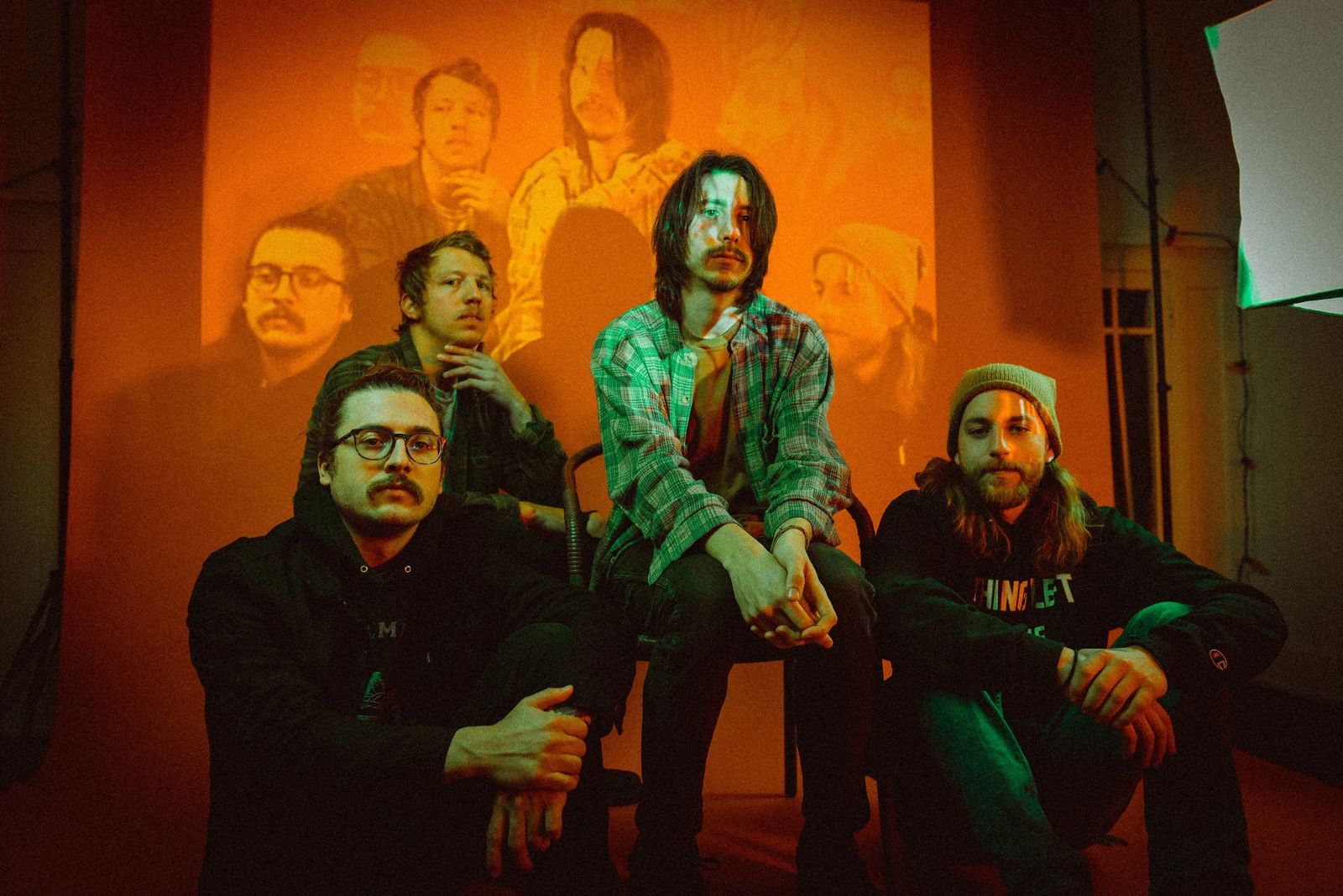 Empty Black, the new record from progressive metal band Greyhaven, is best encapsulated by one phrase – “make the accident look like it was on purpose”. This isn’t due to a lack of intent, but more so to a commitment to experimentation. As a product of the vibrant yet insular music scene in Louisville, Kentucky, Greyhaven has never been afraid to pursue the avant-garde. On Empty Black they’ve created an album that is pristinely violent while challenging the norms associated with heavy rock music.

Greyhaven’s debut full-length, Cult America, was released in 2014 and has since enjoyed a steady increase in revarance from fans and critics alike. On Cult America, Greyhaven came close to achieving the sound they’ve sought since beginning their careers in music. With four more years of creative maturity in hand, the members of Greyhaven – Brent Mills (Vocals), Johnny Muench (Bass), Nick Spencer (Guitar) and Ethan Spray (Drums) – were able to precisely pinpoint their intentions on Empty Black, resulting in a collection of songs that brings to fruition their vision of a rock record that could withstand the test of time.

Lyrically, Mills follows in the footsteps of writers who penned words that worked as well inked on paper as they did sung on stage. He studied writers like Kurt Cobain, Lou Reed, Thurston Moore and Jim Morrison whose lyrics are often considered poetry. The most notable influence came from Cobain’s practice of coupling broken, often contrarian, phrases in a way that made perfect sense. The lyrics on Empty Black are intimately provocative; encouraging the listener to seek a personal interpretation of their meaning, even as everything from phrasing to cadence and delivery tie into a definitive mission statement for the record.

At the core of Empty Black is the theme of universal struggle, both on a macro and micro level, best exemplified by the cyclical nature of the opioid crisis or our dependency on oil. Government maintains a volatile control over an international drug trade that causes the decimation of small town communities across America and an oil economy that is destroying the environment. As these epidemics spread, government involvement becomes more lucrative, increasing their incentive to grow their roles in these industries. Here we find one of the many meanings for the title, Empty Black, as the term conjures images of both gasoline and heroine.

As each new international crisis found its way into the headlines during the writing of Empty Black, Mills’ lyrics delved into more obscure territory and the the composition of the tracks would grow more vicious. There is a sinister sense of urgency to Empty Black, but the band still sees it as a positive album. When you’re faced with a world on the brink of destruction, you can either be sad and angry all of the time or you can focus on what makes you happy. That’s what this record is to Greyhaven – a source of catharsis in a life where one can justifiably get lost down a rabbit hole of negativity. The band’s hope is that it will provide fans a similar liberation from the anxiety of life in 2018, or any other year.

Empty Black was produced by Will Putney (Every Time I Die, Body Count, Knocked Loose, Amity Affliction) and will be released this spring on Graphic Nature / Equal Vision Records. Greyhaven will celebrate its unveiling with the band’s biggest tour to date supporting Norma Jean on their North American dates. With the release of Empty Black, this tour will undoubtedly be the first of many big steps forward in Greyhaven’s story to take place this year.