Head Out for an Inside Out Taco with a Helles Bock

Two New Offerings from the Brew Pub are a Delight

Like most things, beers are seasonal. It would be strange to drink eggnog and have candy canes during the summer, but in December they’re wonderful. The same goes for a heavy dark beer that goes down easy in December would be out of place this time of year. During the warm weather, during patio season, it’s lighter fares and easier drinking beers. Something that quenches and cools after mowing the lawn. 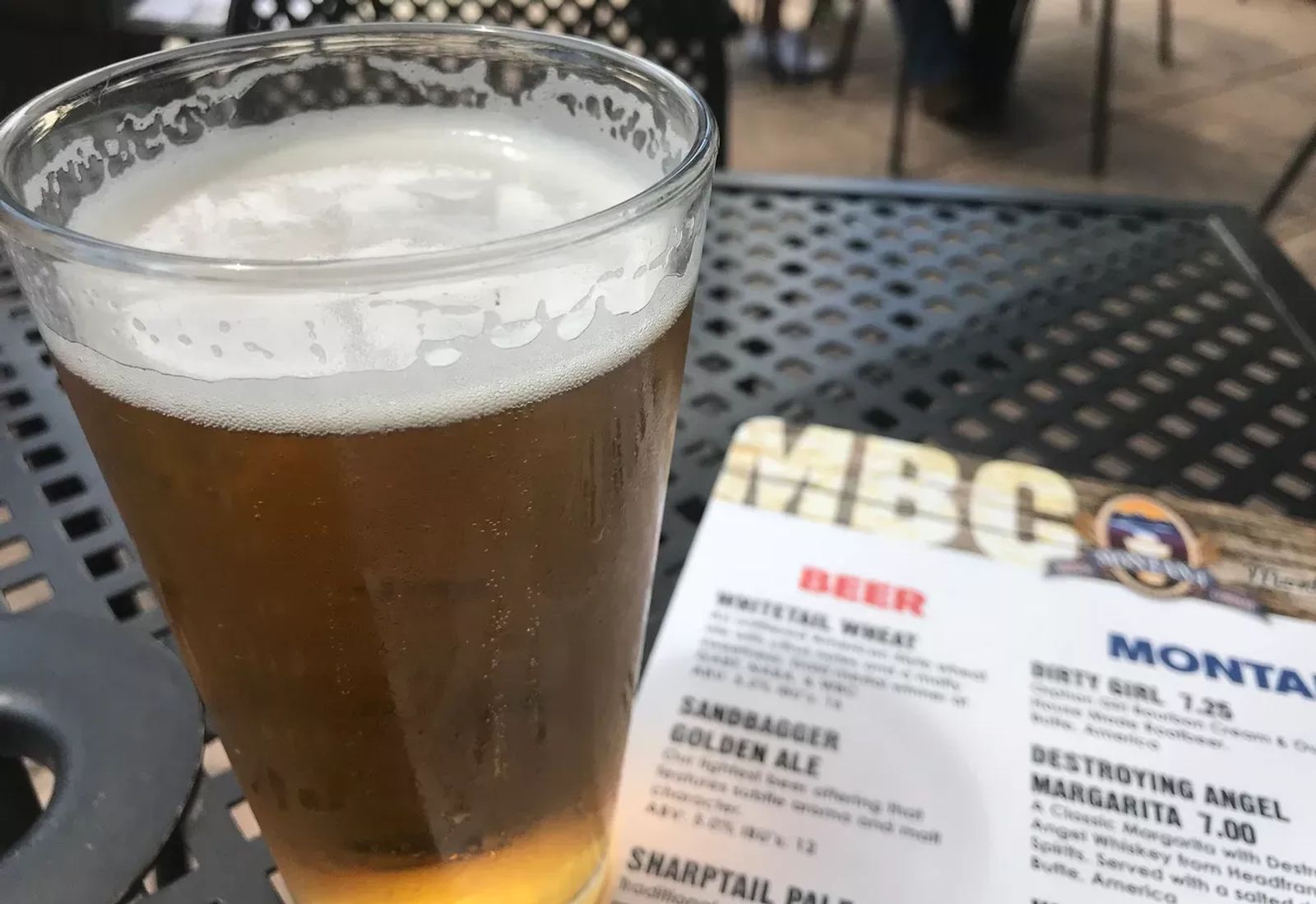 That’s the whole idea behind tacos and a German Helles Bock. But these aren’t just any tacos. These aren’t the half soggy things you pick up from Taco Bell after a night out. These are exquisite. These are inside out tacos.

First, We Sip a Beer

According the Brew Pub’s Facebook page, there are two “secret” beers that aren’t on the menu (secret meaning they’re on a separate laminated menu next to the main menu). One is a German Helles Bock, and the other is a Golden Stout. An interesting combination: one is a lighter fare, and the other is traditionally a darker beer that has been turned light. I opted for the Helles Bock seeing as it was sunny and warm on the patio. 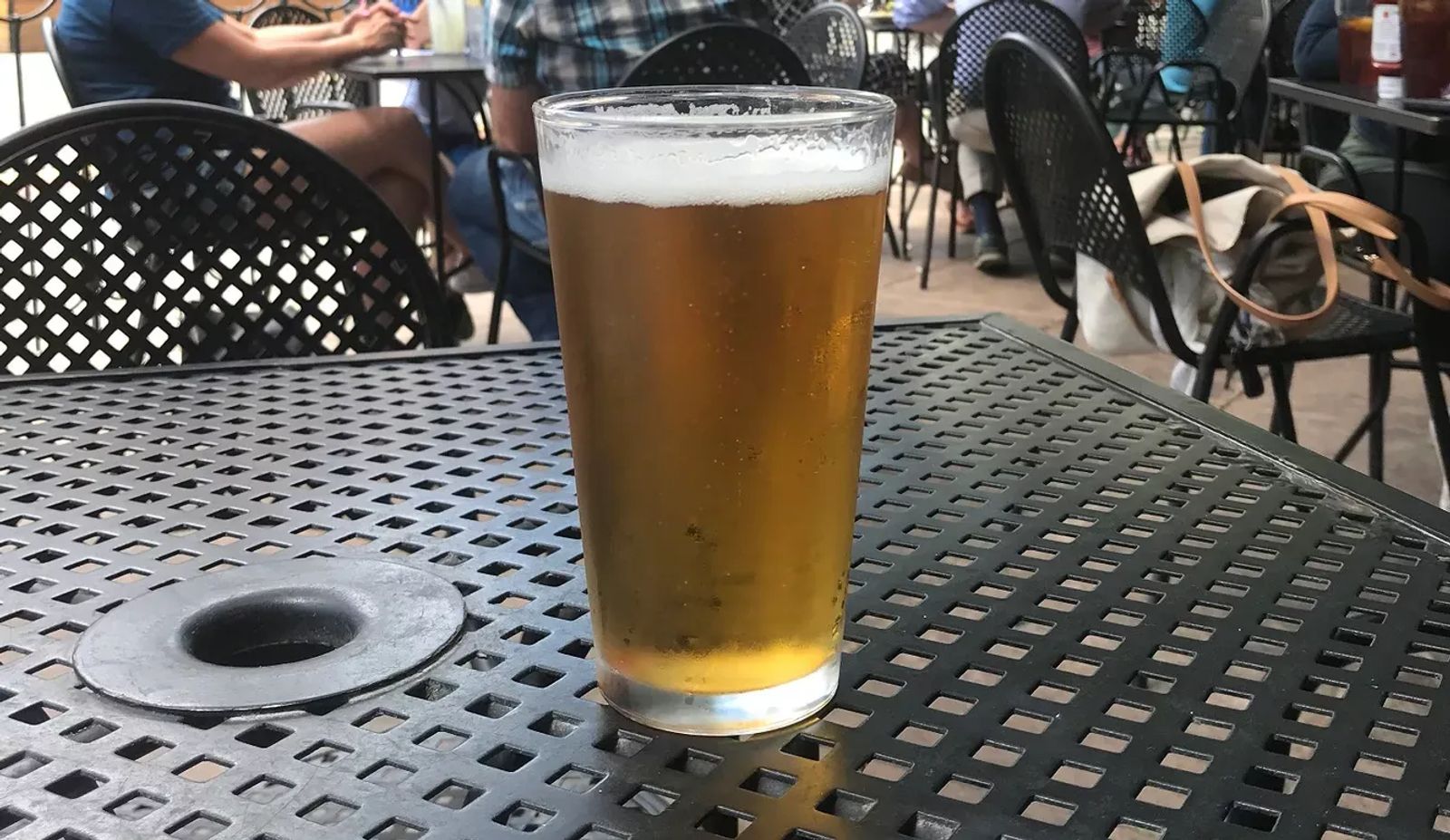 The beer came and it looked as expected. A nice golden color with just a little head to it. A light and crisp beer shouldn’t maintain a head, instead that dissipates quickly. A good strong sniff of the beer yields little hop characteristics, but a slight sweetness on the nose.

Your first sip should be pleasing. Then the next should also be pleasing. There’s a little malty sweetness, almost a caramel taste to it. But the Helles Bock (Helles, translated from German, means “bright” or “light” and was the German answer to the Czech Plzen or Pilsner beer) isn’t supposed to be creamy and rich. It’s a bit more malty than its pilsner cousin, but still maintains that lager bite and thirst quenching coolness.

The aftertaste is palate cleansing and refreshing, luring you back for another sip.

Then, We Gorge on Tacos

Tacos are all the rage these days. Kind of like Scotch Ales were all the rage for a while, then IPA’s, and now sour beers are gaining traction. So what does the Brew Pub do? They take the taco and make it better. Seriously, these tacos were awesome. 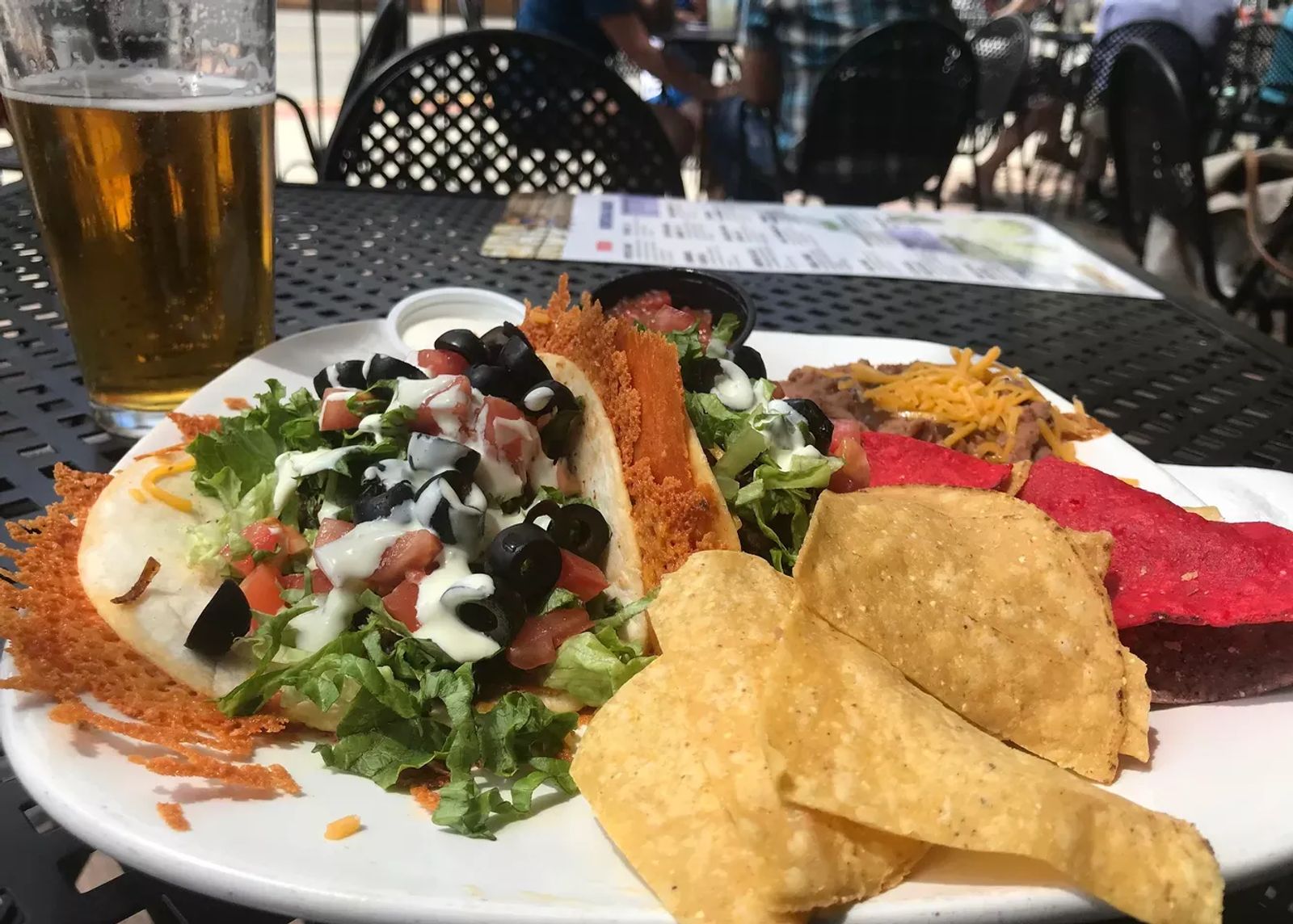 The ingredients aren’t all that different from a regular taco: shredded beef, lettuce, tomatoes, olives, and a bit of avocado cream. What makes these different is that they’re not just wrapped in a taco shell; they’re wrapped in a tortilla that is in turn wrapped in fried cheddar.

I’m not sure if it’s the fried cheddar that’s placed right on the tip of your tongue, or the spices used in the shredded beef, but every bite is amazing. To top it off, you get two tacos and refried beans, so come hungry because they will fill you up. Here’s another picture to drool over. 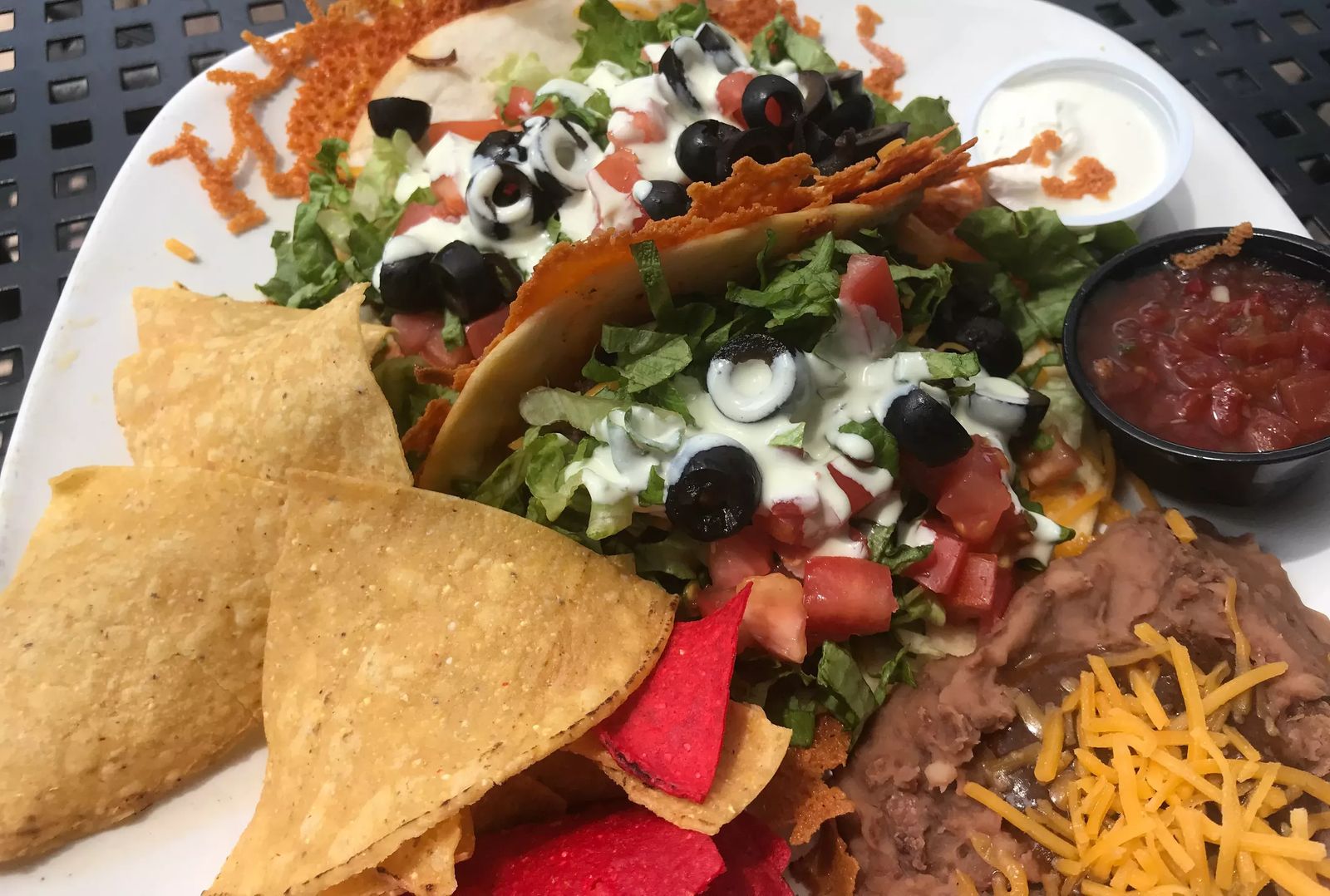 Finally, We Sip another Beer

After you finish your tacos and lean back on the patio chair enjoying the cool breeze, it’s time for a post meal beer. Will it be another Helles Bock? Testing out the Golden Stout? One of their award winning flagship beers? The choice is yours, but you’re going to need a bit of time to digest those tacos. Or a siesta. Siestas are good.