Dig Into the Dirt at Angry Hank’s

It’s a Big Beer All Around

Angry Hank’s likes to keep things simple. The majority of their equipment is used to brew Street Fight Red, one of the most popular local craft brews in Billings. Their rotator menu is kept to a minimum, and the flagship beers are sold the most. 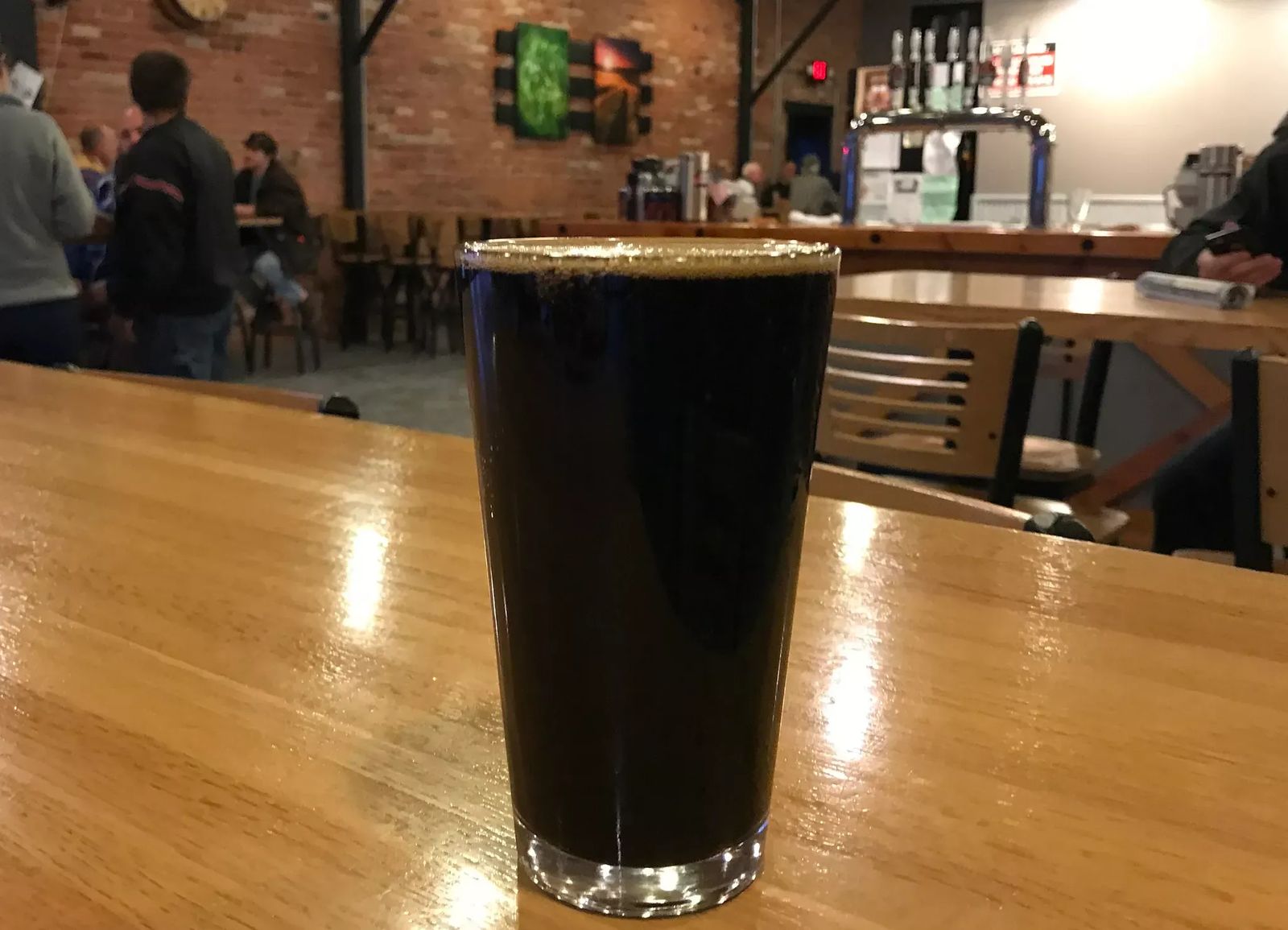 But that doesn’t mean they don’t have great seasonal beers. What it means is that when something new hits the menu, get in there and try it because those rotators often don’t last too long. So before their Russian Imperial Stout goes away, have one. And you probably only want to have one (per day).

One of the best parts of this beer is the simplicity of the name. While many other beers get whimsical names, or names that simply refer to their style, this one is a single word: Dirt. Of course it wasn’t always named just “Dirt.” When first brewed a couple of years ago, the full name was Damn It’s Really Tasty.

It is a big beer. Coming in at 8% ABV, you probably aren’t going to knock back your three pint limit on these unless you plan to stumble home. Because it’s so big it’s going to run you an extra dollar for a pint (bringing the cost all the way up to $4, in other words, the same cost as the other breweries in town). 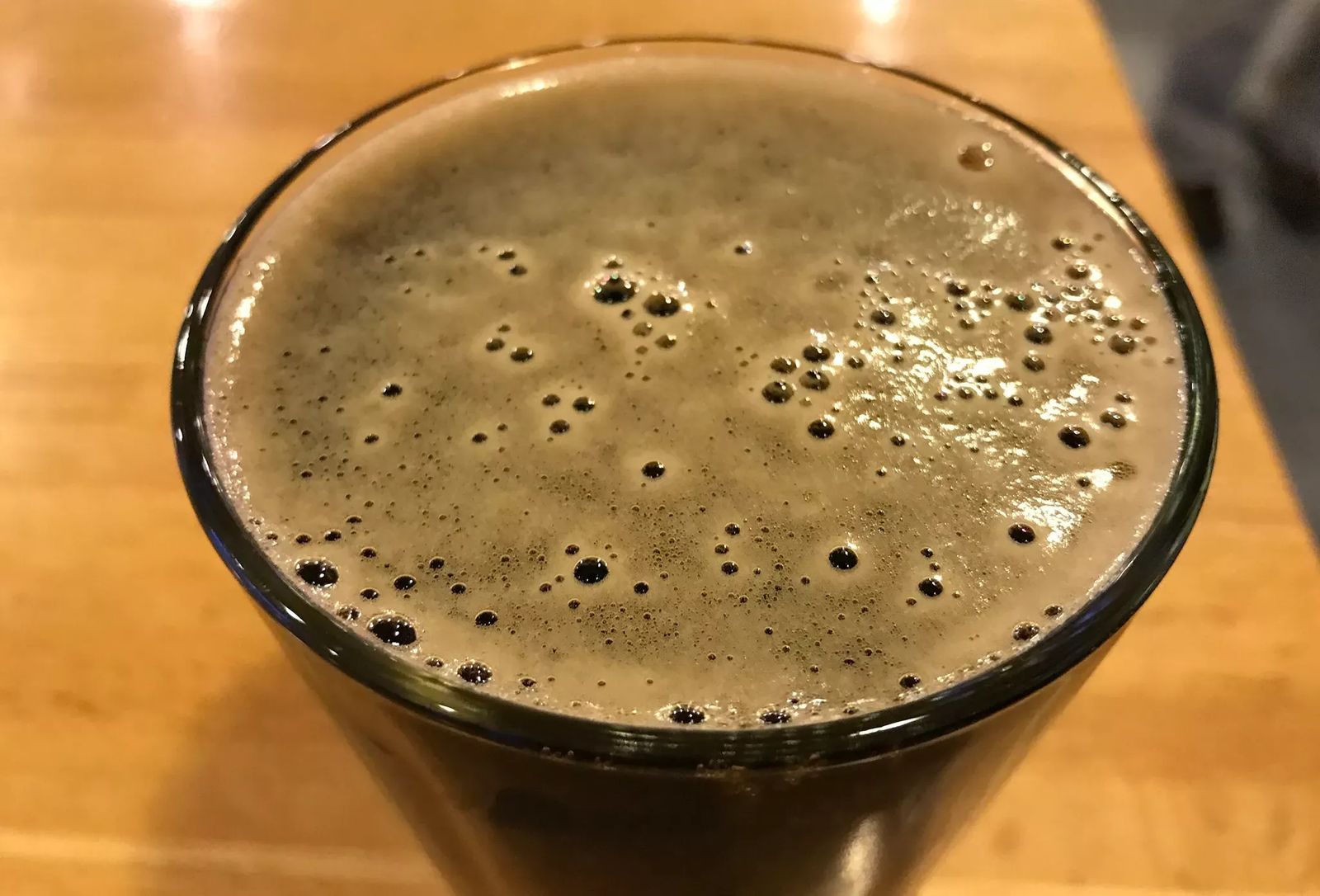 Dirt is dark. It’s a true stout where you hold it up to the light and nothing shows through. There’s little head retention (the stouts easier drinking cousin, the porter, will supply more head). When you give it a big smell you get a lot of alcohol notes, chocolate and coffee smells, and a little bit of malt. No hops smell here!

Drinking the beer makes an impact. It hits your tongue hard and you get that taste you expect with a strong stout. That roasted barley taste that’s almost like black coffee was poured into the mix. Then the alcohol tastes. Because the ABV is high enough there’s quite a bit of boozy flavors to this beer. After you swallow you can almost feel it warm you up the way a shot of liquor would (almost, not quite. You kind of have to pretend). In your stomach it can be a bit heavy. So take your time, sip, relax, and enjoy this big beer. If you go too fast you’re going to feel it and nobody wants to get drunk off one pint. 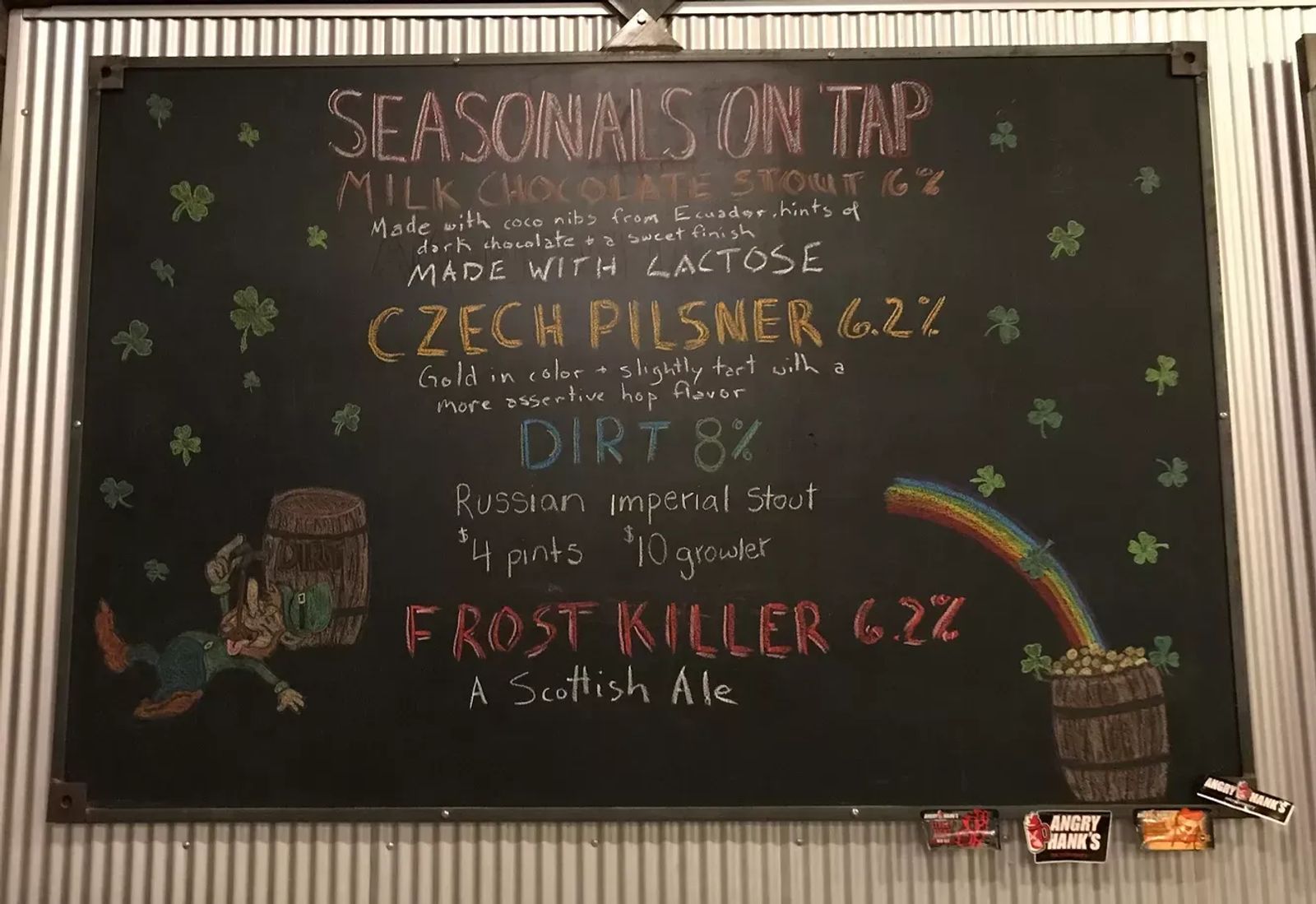 Come Drink with Me at Angry Hank’s

Hank’s has a lot of great beers. If you plan on having a couple, have a different style first and save the Dirt for last. The big bold beer will overpower everything, and in the end you won’t be able to taste all the flavors in the other beers if you’ve wrecked up your taste buds with this stout (the same goes for an IPA, have the lighter and milder beers first).

And get in there while you can still get Dirt. Big beers like this are generally reserved for cold weather. While Mother Nature is trying to keep winter around as long as possible, patio season is coming soon.