So we can Enjoy Prohibition Pilsner from the Montana Brewing Company

A quick and dirty history lesson: in January 1919 the 18thamendment was ratified and went into effect exactly one year later.  This amendment banned the production, transport, and sale of alcohol (although said nothing about consumption and private production).  For the next 13 years, all through the roaring 20’s, hooch was illegal in the USA.  Of course nobody really cared, and the liquor and beer more or less flowed freely.  In 1933, the 21st
amendment went into effect; it is the only amendment to the constitution that repeals another amendment in its entirety.  Those 13 years are known as Prohibition.

Today, however, we know that the booze flows freely (well, sort of.  There are still a bunch of archaic laws suppressing what the people want), and we can pop into joints like the Montana Brewing Company and order up a tall glass of Prohibition Pilsner.

If you’re reading about beer, you probably know at least a little bit about the different styles.  If you follow the beer articles I write, and you likely do because they’re intriguing; some might even say fascinating, then you likely remember a short discussion on
ales vs lagers.  If you missed it, click that link and read all about them.

When it comes to lagers, there are a huge variety of choices, but one that often comes to mind is the Pilsner.  This beer style derives its name from the Czech town of
Plzen where it was initially created.  That unique Pilsner taste comes from the water and the hops varieties used in the creation of a light and easy drinking lager.

All About Prohibition Pilsner

True to that clean and crisp Pilsner style, the Prohibition comes out clear.  A very light straw color with carbonation bubbles effervescing through it.  Little head retention is to be expected.

On the nose, a fancy way of saying, “What it smells like” you don’t get much.  A faint beer smell, but that’s about it.  You don’t want a lot of hops in a Pilsner, you want it clean, crisp, and refreshing.

At first sip I noticed somewhat of a vanilla taste.  It was subtle, and fleeting, but definitely a different taste than what I was expecting.  It wasn’t a bad taste, and it kept me coming back for more to try to discover what was bringing up that taste. 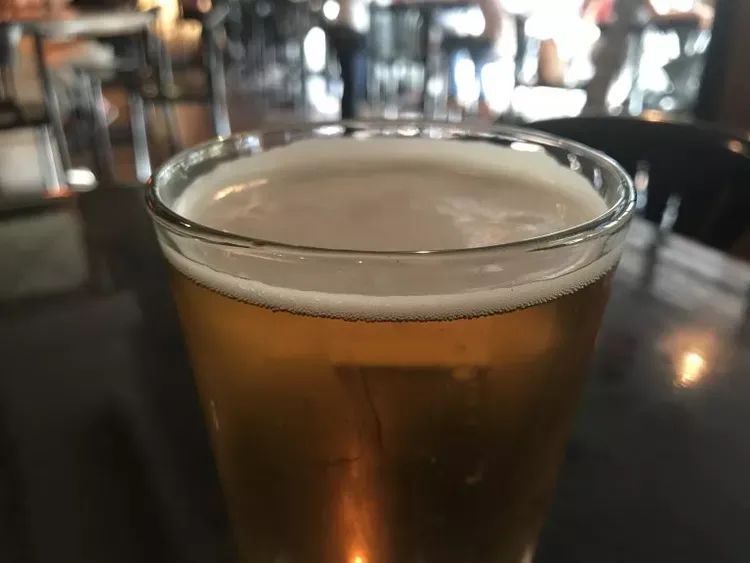 The next thing I knew my glass was empty.

According to the menu the beer weighs in at 5% ABV.  Not too light, and not too strong.  It has a mere 12 IBUs keeping it true to the Pilsner style.

Prohibition Pilsner is a great beer for those that don’t want their beers to be chewy, hoppy, or overwhelming.  It’s an easy-to-drink brew that would be wonderful on the patio during a hot summer day.  You can swing by the Brew Pub and enjoy their patio (by the way, they have free beer tomorrow!), or fill a growler and take it home so you have an ice cold refreshing pils to enjoy after you mow the lawn.  Or take it to the lake.  Or on your next camping adventure.  Or really anywhere that a cold refreshing easy drinking beer will hit the spot.

by Scott Sery
Scott is a writer, outdoor enthusiast, beer snob, and woodworker. When he is not out exploring all of the wonders around Billings, he loves to sit down for a frosty brew at one of the many great breweries we have available to us. You can read about most of his adventures, and many of the fine brews he has sipped right here. Find out more about Scott at