Spend a jazz-inspired opening night with Gershwin’s
An American in Paris and Ravel’s Piano Concerto in G Major, featuring American composer and pianist, Conrad Tao. This event is part of NxNW, a collective collaboration of local arts and culture, Sept 12-22. 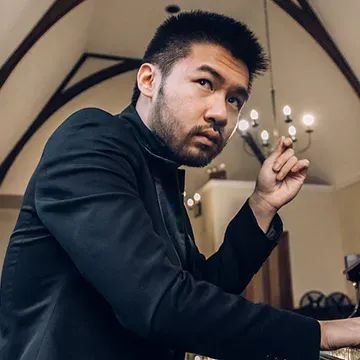 Conrad Tao
Conrad Tao has appeared worldwide as a pianist and composer, performing to acclaim from critics and audiences alike. His accolades and awards include being a Presidential Scholar in the Arts, a YoungArts gold medal-winner in music, a Gilmore Young Artist, an Avery Fisher Career Grant winner, and a Lincoln Center Emerging Artist. The former prodigy continues to emerge as a mature, thoughtful and thought-provoking artist, confidently pushing boundaries as a leading performer, composer, curator, and commissioner, championing new music while continuing to present core repertoire in a new light.

In 2018-19, Tao makes his performance debuts with the Los Angeles Philharmonic, the New York Philharmonic, and the Cleveland Orchestra, and his 2018-19 season begins with the World Premiere of
Everything Must Go, commissioned and performed by the New York Philharmonic, as well as the inauguration of their new Nightcap series. He makes his LA Opera debut in the West Coast premiere of David Lang’s, the loser, where he plays the onstage role of the apparition and memory of Glenn Gould. In January 2019, Tao and dancer-choreographer Caleb Teicher continue to develop More Forever as part of Guggenheim’s Works & Process series.

Tao continues to perform concertos with orchestras around the world including returns to the Swedish Radio, San Diego, Baltimore, Pacific, and Colorado Symphonies, as well as with the Orchestra dell’Accademia Nazionale di Santa. Conrad also performs duo chamber music concerts with violinist Stefan Jackiw, including a debut performance at 92Y, ensemble engagements with the JCT Trio around the world, as well as solo recital programs.

Tao’s career as composer has garnered eight consecutive ASCAP Morton Gould Young Composer Awards and the Carlos Surinach Prize from BMI, and he has been commissioned by the Dallas Symphony, the Chamber Orchestra of Philadelphia, Washington Performing Arts Society, ProMusica Chamber Orchestra, and others. Tao is a Warner Classics recording artist, and his first two albums
Voyages and Pictures have been praised by NPR, The New York Times, The New Yorker’s
Alex Ross, and many more.

An American in Paris
In the spring of 1928, George Gershwin took his fifth trip to Europe. Before departing, he made sketches for an orchestral piece requested by conductor Walter Damrosch for the fledgling New York Philharmonic. (This was his second Damrosch commission; the first having been the 1925 Piano Concerto in F). During Gershwin’s travels, the sketches developed into what would become one of his most popular works—the amiable tone poem, An American in Paris. Gershwin actually was an American in Paris for part of that time, and his brother Ira reported that the entire “blues” section of the piece was composed in the Hotel Majestic in that city.

Gershwin’s interpretation of Paris in the 1920s was heavily influenced by the sounds of the city. He was so taken with the sounds of Parisian taxi horns; he brought some back with him and gave them a prominent position in his new piece. Gershwin completed An American in Paris just four weeks before its scheduled December 13, 1928 premiere at Carnegie Hall. While the audience loved it, Gershwin wasn’t completely satisfied with Damrosch’s interpretation, thinking his tempos were sluggish and dragging. Some critics, despite finding it better crafted than the Concerto in F, didn’t believe it belonged on a classical program. Gershwin responded to the critics, “It’s not a Beethoven Symphony, you know… It’s a humorous piece, nothing solemn about it. It’s not intended to draw tears. If it pleases symphony audiences as a light, jolly piece, a series of expressions musically expressed, it succeeds.”

Maurice Ravel’s Piano Concerto in G Major
Ravel began formulating a plan for what would become his
Piano Concerto in G Major
in 1906 while he was traveling Europe and the United States. Due to other projects he had going at the time, he couldn’t continue working on it until 1929. He was surprised that few Americans were influenced by the jazzy sounds prevalent in Paris at the time.

His original plan was to perform the piece himself upon completion. Unfortunately, his declining health prevented him from doing so. He reached out to French pianist, teacher, and friend, Marguerite Long, to play in his stead. She eagerly agreed. Soon after the premiere in January 1932, with the Orchestre Lamoureaux, Ravel and Long embarked on a lengthy tour across Europe where they and the piano concerto were well received. Ravel would later dedicate his
Piano Concerto in G Major
to Long. The American premiere took place in two locations simultaneously on April 22, 1932, with the Boston Symphony Orchestra and the Philadelphia Orchestra.