One of the things I love about living in Billings is the fact that we generally get all four seasons. Sure, sometimes winter tries to creep in before summer is even done, and sometimes spring only lasts a few weeks. But, we do have a progression throughout the year. While I am more a fan of summer than winter (for the sole reason that the daylight sticks around longer allowing for more time outside), this time of year is incredibly beautiful. The cool crisp mornings, the frost covered grasses, and the leaves that are changing and falling lightly make the scenery pop. There are quite a few places where you can go to experience the colors, here are my five favorites.

Riverfront Park is one of my favorite places in Billings. It’s built up just enough so that you can get around without slogging through mud holes, but not so much that you don’t feel like you’re out in the woods. This time of year, it is wonderful to stroll the paved path around the lake or the gravel paths through Norm’s Island and just watch the golden cottonwood leaves drift lazily down. Of course, if you want to make an evening of it, see if you can catch some fish; that’s fun too.

Two Moon Park is similar to what Riverfront was about 20 years ago. Sort of developed, but still with dirt trails leading around it. That said, you will want to leave the stroller at home, and bring your boots. The cooler weather doesn’t let the moisture evaporate as fast, and those trails can get a bit dirty. But, with the river on one side and looming cottonwoods shedding their leaves on the other, it’s a fantastic place to be on a bright fall morning. Afternoons and evenings aren’t too bad, but this park gets more sun earlier in the day. 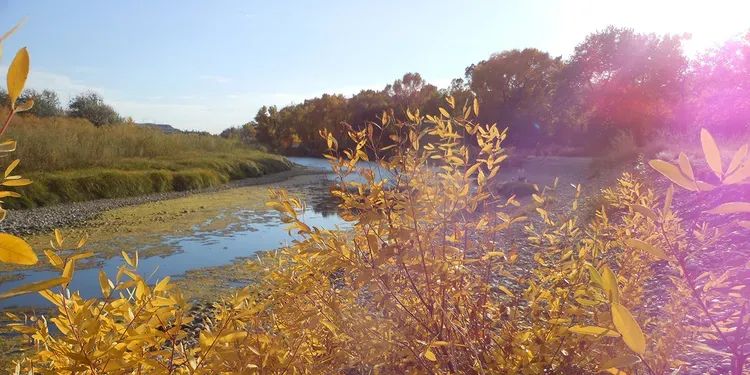 If you want to head out of town just a little ways, and experience some wonderful views, drive up to East Rosebud Lake. Along the way you will drive through the prairies (sage brush should still be flowering), past a lot of aspen trees, and through the pines and burnt areas. Each section of the drive holds its own special beauty with a wide array of fall colors. If you’re tired of East Rosebud, West Rosebud is another great drive that passes through similarly colored areas. Now if you really want to get crazy, hike to Rainbow Lake. If you have been there in the summer, going in October will feel like you’re in an entirely different part of the world. 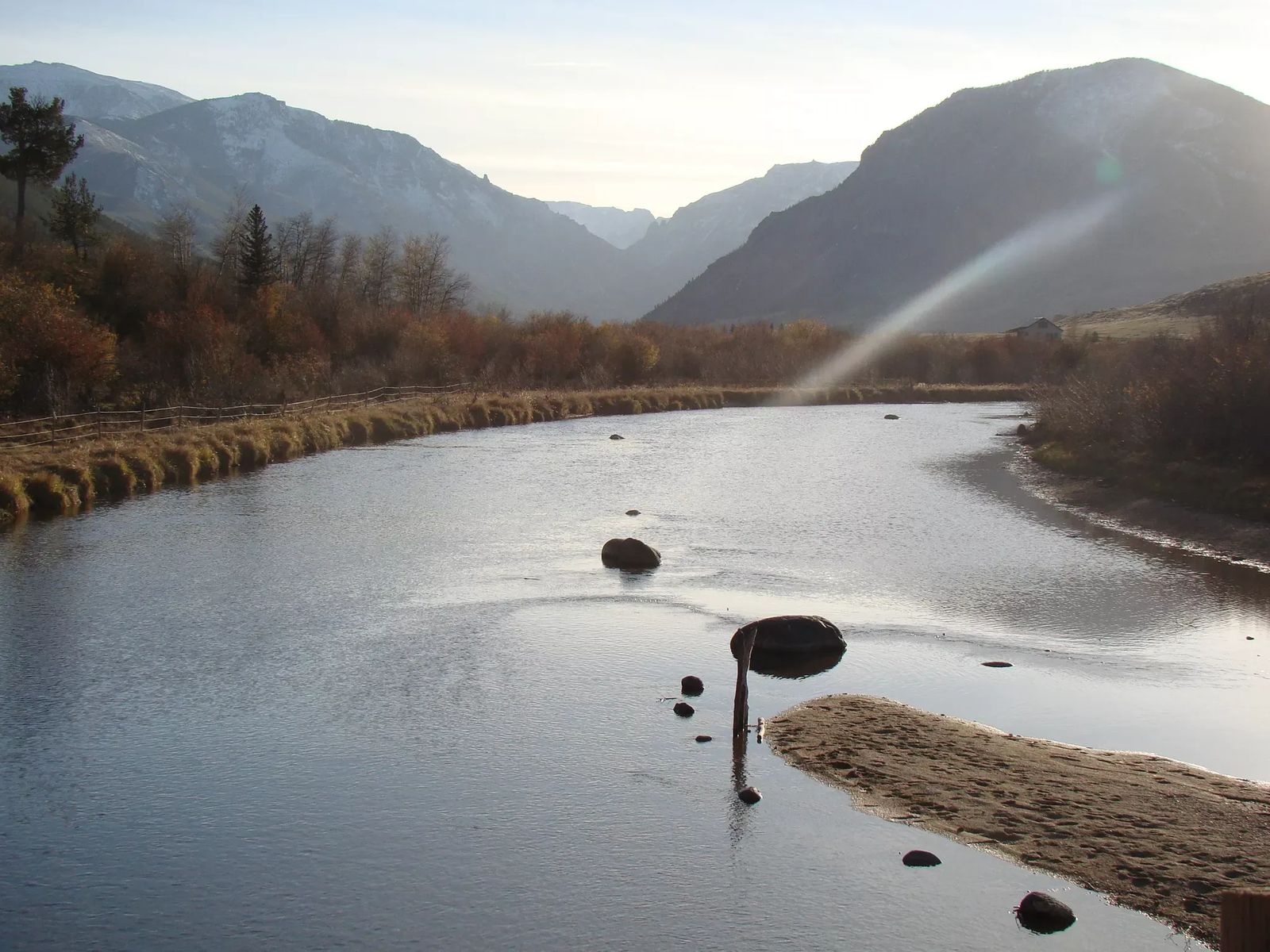 This trip is not for those who dislike sitting in a car. I personally would rather go somewhere closer and then hike, but not everyone can do that. Instead, head north of town through Roundup. Swing west and pass through Lewistown and take any one of the little roads that will lead you through the foothills. This is a remarkable area of the state that is gorgeous at all times of the year. When you’ve had your fill of that area, head east out of town, then drop down through Judith Gap to Harlowton, and drive back to Lavina along the gorgeous Highway 12 that follows the Musselshell River.

South of Billings is a little state park that not many people know about, and those who do know about it have never actually been there. Just outside of the town of Pryor is Chief Plenty Coups State Park. You can see the entire park in less than an hour, but getting there this time of year is half the fun. Take Blue Creek Road all the way until it hits Highway 418, then turn right to go to Pryor. The road follows Pryor Creek the entire way and is gorgeous all through the summer. But as the leaves are turning, it’s spectacular. Take a right onto Pryor Gap Road, and the park is just a half mile down. You can walk through the trees and explore the area. The road does continue on to the Edgar area if you want to rough it, but to get back home on pavement you have to backtrack the way you came.

If you don’t have much time, just drive up on top of the Rimrocks.  Either Swords Park or just west of the airport and take in the view of the yellowing trees that fill the valley below.

Fall is a great time of year where a new beauty comes out of the plants and animals. If you do take a trip, make sure to plan appropriately since the colors don’t really pop too well after sunset. Instead, try to be in the most scenic areas at sunrise, or at sunset, so the leaves capture all the light from the sun’s slanted rays.